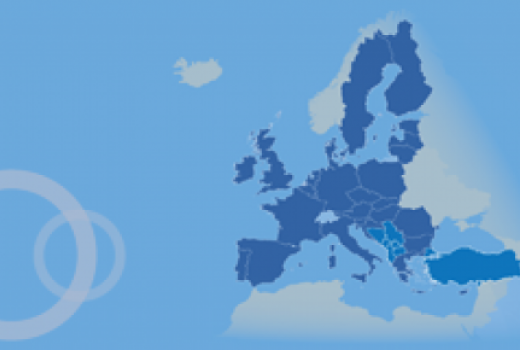 While this year’s country reports by the European Commission on enlargement countries highlight some successes in other areas, the verdict on freedom of expression is overwhelmingly negative.

In the past year, the candidate and potential candidate countries for EU membership made “no progress” (Montenegro, Kosovo, Serbia); have backslid (Bosnia); “continued to backslide” (Macedonia), or showed “serious backsliding” (Turkey) when it comes to freedom of expression, according to the 2015 annual country reports by the European Commission published on 10 November. The sole exception is Albania, which made “some progress.”

Such verdicts come as no surprise to observers. The EC report on media follows a number of freedom and sustainability indexes and assessments by international and regional independent actors in recent years, including the ongoing examinations of media integrity and labour conditions by members of the SEENPM network. They all paint an equally bleak picture.

The list of problem areas is long. Shrinking media revenues – which in most cases had not been sufficient and stable to guarantee independence in the first place – have expanded space for clientelistic relationships.

Public service broadcasters are underfunded, poorly managed, and directly or indirectly controlled by governments and affiliated interest groups. Regulators lack independence and capacity. Media legislation, while generally based on good principles, is incomplete and regularly abused to curtail media freedoms. Freedom of information acts are implemented only in sketchy fashion.

Ownership of key media outlets is often unknown. Outlets are sometimes maintained without much financial rationale, to be deployed as a weapon against commercial or political competitors.

Buy Two Get One

In other cases, highly lucrative concessions in walks of business unrelated to the media are sold at a discount price on condition that the buyer also purchases and maintains a financially unsustainable pro-government media outlet.

Advertising markets, which have shrunk significantly since 2008 in most countries of the region, are politically controlled. Job insecurity for many journalists generates self-censorship. Prosecutors and judges lack independence and expertise to deal with media cases.

Governments and affiliated interest groups increasingly rely on privately owned TV stations, tabloids, and websites, especially for delivering excessively aggressive messages, be it to smear or blackmail a political or business competitor, civil society activist, or ombudsperson; leak confidential information to prejudice a trial; or adjust the levels of ethnic or other prejudice to current needs.

Such messages are often mixed with popular entertainment content, sometimes even innovatively.

Sometimes, increasingly bold and direct forms of interference with media freedoms are deployed. Journalists are often threatened, including by public officials. Physical attacks on journalists and their property still occur with alarming frequency.

Independent websites are brought down after publishing major investigations or are harassed by prosecutors and police. Popular political shows that have for decades served as pluralist platforms are cancelled in defiance of editorial and business logic.

While defamation has been decriminalized in all enlargement countries, except Turkey, frequent civil lawsuits linger in courts for years as another means of pressure.

When the Prime Minister Calls

The old method of spelling out the day’s news agenda to owners and editors of media outlets is also alive and well. The owner of Serbia’s most influential private broadcaster recently described how he sometimes feels ashamed for still being in bed at six a.m. when the prime minister calls.

In Turkey, which in many ways is in a category of its own, 28 journalists are still in prison and many are prosecuted for insulting the president. Turkey’s legislation enables the government to impose reporting blackouts and block a wide range of Internet content without a court order.

Meanwhile, such pressures have exposed and amplified internal weaknesses of the media sector, starting with its inability to conceive of itself as an industry with common interests and principles.

The sector operates from a low-skill base and with little appetite for innovation. Solidarity among journalists is probably at an all-time low as is the profession’s desirability. Low media literacy levels complete the picture and, coupled with civic apathy, account for the near absence of public demand for better media.

Such pressures have generated a very unfavourable environment even for regular, day-to-day journalistic scrutiny of current affairs, a staple part of normal democratic life, let alone ambitious investigations (which are now rare and practiced almost exclusively by alternative outlets).

Politicians and other public figures seem so used to docile media that instances when journalists do ask an actual question often end up with the interviewee exploding with fury in front of the cameras.

Few of those issues lend themselves to quick fixes, precisely because most are systemic in nature, stemming from the new socio-economic realities that have taken root across the region in the past two decades.

Yet it is important to stress that the situation is not hopeless.

First, the enlargement countries are not failed states located on remote islands. The freedom of expression challenges they face, while decisively shaped by the weakness of the region’s democratic structures and the media scenes themselves, are also linked to and amplified by the tectonic changes in the ways information is generated, processed, and disseminated.

The global media sector is in a state of flux where responses to new challenges are constantly sought and tested. Assuming that some of those responses will be conducive to free and accountable media, it is hard to imagine that they won’t eventually influence the Western Balkans and Turkey.

Second, despite frequent lapses of faith in the possibility of true change, these societies overwhelmingly wish to modernize to become affluent democracies ruled by law, even if good understanding of what this will take is often lacking.

Central to this is the process of European integration, which, despite fluctuations in sentiments, is still the only game in town for most.

While this keeps the EU in a unique position to influence developments, its once fabled soft power, evident in particular in the accession negotiations at the turn of the century, is by no means limitless. The EU’s allure has inevitably lost some sheen with the many internal crises Brussels has had to deal with in recent years. In addition to the generally diminishing appetite for enlargement, the bulk of the union’s focus is naturally on urgent issues affecting much of the continent, such as the current refugee crisis.

When it comes to influencing media freedom in the enlargement countries, the EU faces two further limitations. One is that a number of the very same problems faced by the Western Balkans and Turkey affect some or even many EU countries with different degrees of intensity.

The other is that, unlike in some of the previous accession contexts, the EU is not dealing with democracy enthusiasts in the Balkans and Turkey, determined to transform their countries without delay. Also, the union is not facing outright crooks or ideologically crazed rulers.

Instead, the EU has to work with crews of seasoned, unimpressionable, winners of the transition – people with checkered pasts who have mastered many skills necessary to play and service the system that keeps them on top, including media navigation prowess.

Crafty and well-connected internationally, they consolidated power in the region and often behave like cabals that won’t shy away from serious foul play to protect their own interests.

Yes, most want to get into the EU and source their legitimacy from that, but they aren’t in a hurry at all. They obviously have a very good grasp of the centrality of public opinion to societal mechanics and, by extension, their own survivals.

How to Turn the Tables

The question for the EU then is how to fight back in what will likely become a long battle over freedom of expression in the region. A good starting point would be for the EU to start attaching the same level of importance to the media as their Balkan and Turkish interlocutors do. While freedom of expression has always been part of the EU enlargement agenda, EU efforts tend to lack a sense of urgency, except in extreme cases.

Yet while violence and threats against journalists are still frequent and extremely worrying, Balkan leaders increasingly understand that media freedoms are curtailed more effectively through systemic pressures. Channel state or commercial advertising to one group of outlets, while blocking it for another, and you will have likely affected much of the media scene without necessarily being noticed instantly. If you send thugs to rough up a wayward reporter, you will only inject a single dose of fear to a section of the media scene and you may well be suspected immediately.

The EU needs to fully grasp these new realities and adjust its efforts to step up pressure on governments through more forceful conditionality on specific freedom of expression issues and support to local defenders of media freedoms. A pragmatic look at things should suggest that deteriorating levels of media freedoms could derail other EU efforts in accession negotiations and possibly reverse successes to date highlighted in last week’s reports.

That those successes, moderate as they are, received far more press coverage than the criticism over freedom of expression is a case in point.