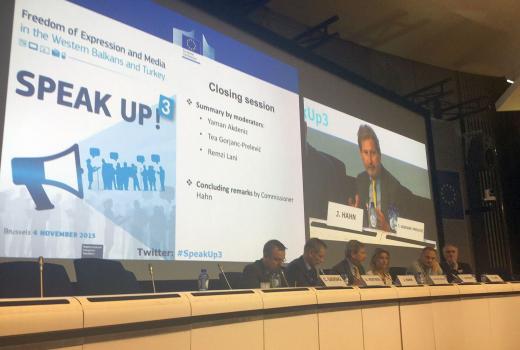 The Speak Up conference in Brussels once again cautioned about the dramatic difficulties faced by media in the West Balkans and Turkey.

Meetings of representatives of media from the West Balkans including Turkey and representatives of the European Commission are always the same. Like witnesses to a big disaster who find saviours after a long voyage and are met with calm gazes while they speak about the horrors they went through. It was no different at the beginning of November 2015, in the third meeting of the Speak Up conference. From appeals by colleagues from Turkey where the number of jailed journalists has been alarming for quite some time, to questions by Montenegrin colleagues if there is a way to defend them from the regime, to descriptions of the devastating role of tabloids in Serbia, or the inefficiency and even incompetence of Bosnia’s judiciary in protecting journalists' rights.

The conference featured an introductory report by independent researchers on the media situation in the region, which only listed analytically and precisely everything that the media representatives went on to say dramatically in the course of the one-day Brussels conference. From the grave economic situation, selective state support to chosen media, lack of transparency in media ownership, big political and economic influence on public service broadcasters, role of private broadcasters operating as government mouthpieces, tremendous dependence of investigative reporting on international funds, wide-spread principle of censorship and self-censorship, to decline in the percentage of public trust in media and general trivialization of media content which reduces space for important discussions on political issues that matter. 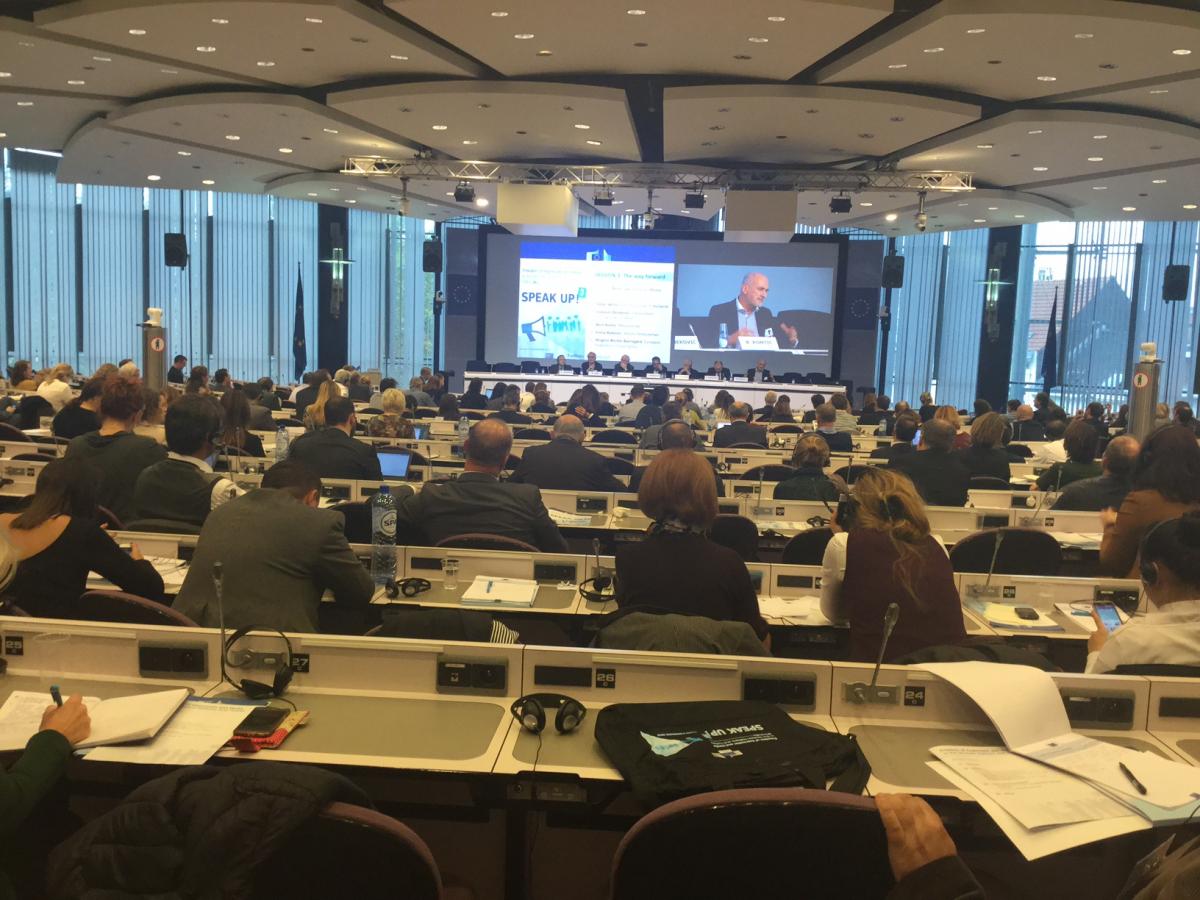 A representative of the Turkish media community used the term genetically modified media to describe the increasing number of media which instead of working to provide accurate information work to justify government policies. Borka Rudic, General Secretary of the BH Journalists association – it appears on behalf of everyone – welcomed the linking of rule of law with freedom of expression and media freedom as part of obligations that aspiring EU candidate countries need to fulfil, as specified in the conference by European Enlargement Negotiations Commissioner Johannes Hahn.

With regard to that, Rudić suggested: As the EU is conducting structural dialogue on judicial reform in BiH, we appeal that the issues of judicial protection of freedom of expression and greater efficiency in investigating attacks and threats to journalists be placed on the agenda of these negotiations as part of the structural dialogue. She said an analysis of reactions by the BiH judiciary and police to crimes committed against journalists between 2006 and 2015 registered 65 cases (physical attacks, death threats, hate speech, and damage or destruction of journalists’ equipment and materials). Only nine cases, a modest 15%, said Rudić, were resolved in favour of journalists. According to her, the crucial problem is the inadequate work of prosecutors’ offices. Police in most cases do their part of the job – carrying out a fast and efficient investigation, in most cases identifying the perpetrators, and sending criminal reports to relevant prosecutors’ offices which file everything away in their drawers. Cases are especially not prosecuted, alleges Rudić, when the perpetrators are politicians or people close to political lobbies. That this is true is confirmed by the case of colleague Siniša Vukelić, who received serious death threats twice. One of these cases was concluded by Banja Luka judiciary in one year because the perpetrator was a person who was not closely connected to the ruling structure. In the second case, when the threats to Vukelić were made by Mile Radišić, a close friend of the president of the Republika Srpska, the prosecutor’s office did nothing although police conducted a timely investigation and filed a criminal report.

In a discussion on New Media in the Context of Democracy and Critical Thinking, Internet expert Andrew Puddephatt, presenting a theoretical view, gave an interesting description of the current situation in journalism. According to him, we are living the same way as before the printing press was invented. Just as Gutenberg’s invention had opened unimagined possibilities for the press and as this period has been linked for hundreds of years with the term authority of text, today’s digital world, which is a totally new media period, instead of forward, has taken us one step back. Today’s media resembles a medieval market in which rumours or shouts had an equal status as information.

Ethical Journalism: The Gateway to Press Freedom and Democracy
Press freedom in Turkey: The case of Mohammed Rasool