Ethical Journalism: The Gateway to Press Freedom and Democracy 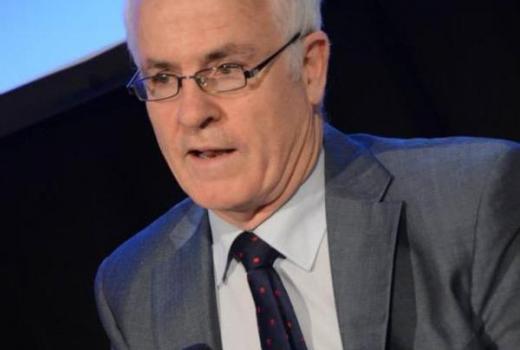 Ethical Journalism: The Gateway to Press Freedom and Democracy

On the occasion of World Press Freedom Day, Aidan White. Director of the Ethical Journalism Network, writes for MC Online.

This year’s World Press Freedom Day on May 3 takes place in the wake of a tsunami of media stories that focus on human tragedy but which also underline the importance of good journalism in our daily lives.

The earthquake in the foothills of the Himalayan Mountains, the ordeal of hundreds of migrants drowning in the Mediterranean, the hardship being experienced by millions displaced by war in the Middle East, and the memories of genocide a hundred years ago in Ottoman Turkey are all stories we need to know about.

They remind us why we need access to reliable information and why informed, timely and stylish journalism is more important than ever.

Its importance is highlighted by how seriously the enemies of truth and transparency take the fight to journalists. Each year hundreds of reporters and editors are attacked and many killed by groups that aim to silence dissident, opposing voices or who want to censor information that will expose corruption or wrongdoing.

Journalists and media in the Western Balkans are no strangers to these threats. More than 25 years ago media were recruited as foot soldiers in the political and military struggles that followed the collapse of communism.

Scores of journalists were killed. Many media became the mouthpiece for unscrupulous propaganda for nationalism and incitement to intense hatred and violence.

During these years I criss-crossed the region: to Sarajevo during the siege to talk media solidarity with journalists and media ion all sides; to Zagreb to talk to President Tudjman about his war propaganda and control of the press; to Belgrade during the NATO bombardment to protest at the targeting of media and journalists.

The struggle for press freedom in these days was a matter of life and death and the aim was not just to curb the spread of rumour, fear and ignorance, but to create a space for journalism as an instrument for peace and dialogue.

Today the bullets have stopped flying, but the threats to press freedom are no less intense. Some media are still fighting an information war. The threats of political interference, self-censorship and propaganda remain, but the situation may have got worse.

While there is less open violence and less direct censorship of journalists, media still remaininstruments of political and commercial power.

In many countries radio, television and newspapers have become trophy possessions for corporate oligarchs and members of the political elite.

This is particularly a crisis in the Western Balkans, as revealed in the Ethical Journalism Network’s report Untold Stories, published in April 2015. In a range of countries with a shared and painful history, the report reveals how media corruption hinders attempts to break free from the legacy of war, censorship and political control during decades of communist rule.

Some 20 years ago with the end of the Cold War, media across Europe were thrust into the frontline of a campaign for democracy and pluralism and the creation of a new European political consensus around an enlarged European Union.

It’s a battle still being fought and in less promising conditions. The European project is weaker and so is journalism.

Today people are overwhelmed by information – much of it trivia, celebrity-based, and full of shallow forms of infotainment driven by social networks and internet players.

Everywhere, corporate and government spin-doctors use the worldwide web to spy on people, either to sell their products or to spread their propaganda.

Nevertheless, people still turn to journalism when they are looking for reliable information – the top news sites on the worldwide web remain the traditional trusted brands of media.

But even if journalism is still needed as a public gateway to responsible communications it continues to suffer, often from self-inflicted wounds. Some owners and editors, struggling in the midst of a financial crisis, are ready to sacrifice ethical standards to keep their business alive.

And it’s not just the media losing money who are to blame. Even the biggest and most powerful media are guilty. Recently, Britain’s leading tabloid newspaper, the Sun, (one of the biggest newspapers in Europe) was roasted by the United Nations human rights chief for describing migrants as “cockroaches” in a piece of hateful journalism which he said smacked of anti-Semitic Nazi propaganda.

In the midst of media coverage of the recent tragedies suffered by hundreds of migrants drowning off the coast of Italy, a Sun columnist wrote:“I don’t care. Show me pictures of coffins, show me bodies floating in water, play violins and show me skinny people looking sad. I still don’t care….these migrants are like cockroaches. They might look a bit ‘Bob Geldof’s Ethiopia circa 1984’, but they are built to survive a nuclear bomb. They are survivors.” This incendiary piece appeared only hours before another migrant ship sank off the coast of Libya killing some 800 people and it prompted more than 300,000 online protests. UN High Commissioner for Human Rights Zeid Ra’ad Al Hussein said such media-inspired hatred, (particularly coming from a newspaper owned by Rupert Murdoch one of the world’s leading media moguls) does damage far beyond the shores of the United Kingdom.

Zeid points a finger at global media accusing them of fomenting intolerance by their casual and dangerous discrimination against vulnerable minorities.

“History has shown us time and again the dangers of demonising foreigners and minorities,” he warns, “and it is extraordinary and deeply shameful to see these types of tactics being used in a variety of countries, simply because racism and xenophobia are so easy to arouse in order to win votes or sell newspapers.”

He is not wrong. This world press freedom day should not only be about keeping journalists safe and stopping unscrupulous crooks and trigger-happy politicians from targeting media, but it should be about helping journalism to recover its ethical base.

And that is best delivered through the prism of journalistic ethics – fact-based communications; humanity in our reporting; transparency and fairness; and accountability for the work we do.