The World According to Trump 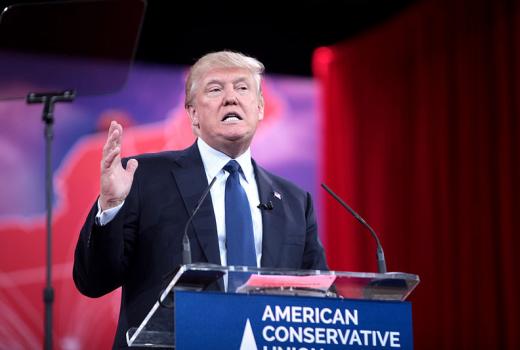 The World According to Trump

Jim Hicks, Executive Editor of the Massachusetts Review, on the similarities between the rhetoric of  Serbian Democratic Party (SDS) in the '90s and that of Donald Trump today.

To most people, the idea that lectures in literature classes have policy implications will seem laughable. Such people, I’m fairly sure, haven’t spent a good deal of time in Bosnia-Herzegovina. And they certainly don’t know its history.

As for me, given recent headlines, well, lately I’ve been thinking a lot about a friend, Djordje Slavnić. He died just a few months ago, another late casualty in a war that ostensibly ended twenty years ago. (What I’ve just said will make little sense to the vast majority of people in this country—those who have no direct connection to any of our wars. The others will need no explanation.) Yesterday, for example, I felt compelled to tell my students what Djordje once told me about one of his professors at the University of Sarajevo, a man named Nikola Koljević.

Djordje was by no means the only former student with stories about this particular professor. As it happens, one of the very best novelists writing today, Aleksandar Hemon, also offers a memorable portrait. In his recent collection of essays, The Book of My Lives, the writer tells us how a single professor made him believe, for the very first time, that he might indeed aspire to the life he now leads.

Professor Nikola Koljević, Hemon writes, “made us feel as if we had been personally invited to participate in the fine, gentle business of literature” (98). Professor Koljević, he recalls, held Cleanth Brooks—the Southern Agrarian, a so-called “New Critic” whose central belief was in the “close reading” of poetry, rather than historical or biographical criticism—as his “patron saint” (97). “In [Professor Koljević’s] class,” Hemon comments, “we learned how to analyze the inherent properties of a piece of literature, disregarding politics, biography, or anything external to the text [. . . . W]e unpacked poems like Christmas presents and the solidarity of common discoveries filled the small, hot room on the top floor of the Faculty of Philosophy” (97). 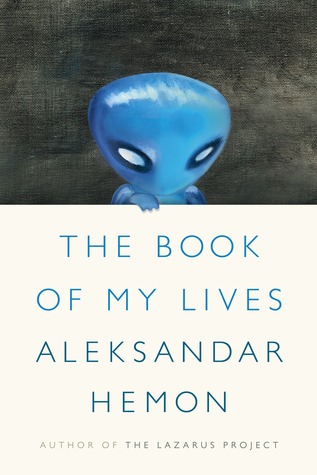 Photo: Aleksandar Hemon, «The Book of My Lives»

I suspect that in his essay the novelist emphasizes the conservative, Southern-fried roots of his first favorite pedagogue for more than one reason. After all, Hemon does now write for the most part in English, so his first audience is also anglophone. And “close reading” is still the exegetical process taught nearly everywhere in our English departments—so much so that it’s practically a form of gospel itself.

But if you know Hemon, or anything about the war in Bosnia, you’re already waiting for a less heartwarming boot to drop. Or stomp. And it does. As history would have it, just as young author Saša began writing for a local magazine, “Professor Koljević” (as his former student insistently tags him) “became one of the highest ranking members of the Serbian Democratic Party (SDS), a virulently nationalistic organization, headed by [Radovan] Karadžić, the talentless poet destined to become the world’s most-wanted war criminal” (99). From that point on, whenever the reporter greeted his former professor at press conferences, he was told only to “Stay out of this” and “Stick to literature” (99).

Now, as I’ve mentioned, it has been twenty years, so I can’t assume that you’ll appreciate the full import of what Hemon alludes to here. So let me remind you: this Bosnian political party, led largely by a hack poet and a professor of Shakespeare, brought genocide back to Europe—only this time they came for Muslims, not for Jews. Hemon concludes that, in the end, “[Koljević’s] evil had far more influence on me than his literary vision.” He adds, “I excised and exterminated that precious, youthful part of me that had believed you could retreat from history and hide from evil in the comforts of art” (101).

My friend Djordje told me another Koljević story. Like Hemon, he remembered meeting his former professor at a time when the nationalist venom had only recently begun to circulate, when its effects had yet to be fully felt. As he told it, Djordje asked Koljević outright about the outrageous political rhetoric. Understandably incredulous, he asked the SDS leader, “But do you really believe all this nonsense you’re saying?” His former professor—who everyone (and I do mean everyone) remembers as a lovely, grandfatherly type of fellow—apparently reassured his former pupil: “Of course not. I’m an intelligent person, how could I believe this sort of thing? But it works. The people love it, and we’ll strengthen our party with it. Believe me, it’s good for us.” (I should probably add that, although Djordje spent the war defending his city and country against the very forces the party of Nikola Koljević would soon mobilize against them, both he and his former professor were Bosnian Serbs.) Djordje also told me that, despite what Koljević himself said then, he thought the SDS leader eventually ended up convincing as well, not just his people.

Which leads me, as you knew it would, to Donald Trump. I actually don’t have much to say on this subject that hasn’t been said many times. Like many others, I do think it important to emphasize how, in spewing his vitriolic, racist claptrap, Trump has effectively joined forces with the so-called Islamic State, and that his incoherent, nightmarish fantasy world is precisely the world where they live.

That said, I do have one more thing to add. As it’s usually put, right-thinking folks—the party of the normal—often say something like “Trump is giving ISIS exactly what they want.” Yes, as I’ve said, this is true, and undeniably important, but the language used here also worries me. A lot. Because when we say, “Trump” is giving “them” what “they” want, we’re assuming, at least implicitly, that we aren’t them, that we couldn’t be them. That there isn’t and couldn’t be a homegrown form of fascism that could one day unleash a horror itself equivalent to any nightmare history has ever dreamed up anywhere. I’m sorry to say, no, there, I just don’t buy it. I side instead with Christopher Browning. It’s not the Raiders of the Lost Ark, with Nazis whose faces melt off. It’s Ordinary Men. 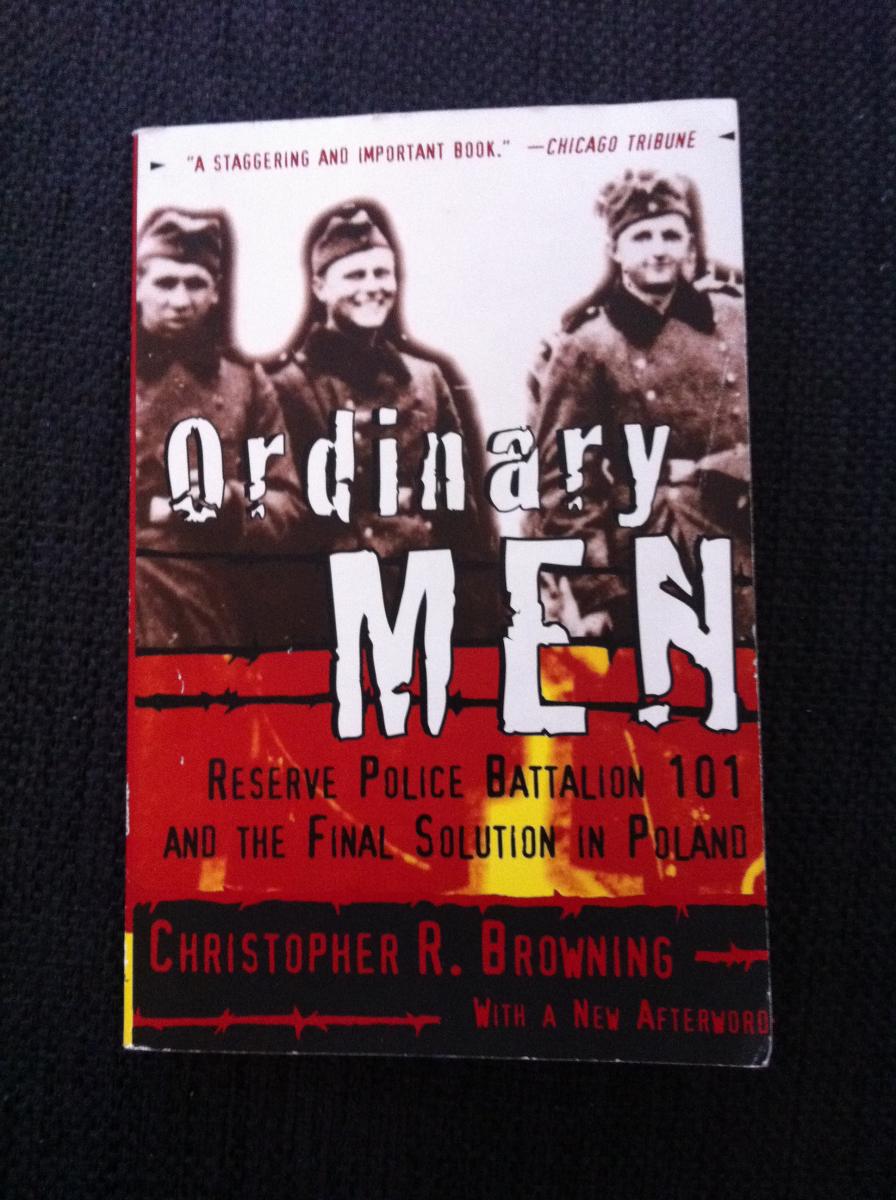 I just wish I were a better student. You see, a few years after the war ended in Bosnia-Herzegovina, Djordje Slavnić spent a year at Yale as a Fulbright professor. At the time, I was teaching at Smith College, so I invited him to come and visit one of my classes. On that fine day we got to talking about the wars of the former Yugoslavia, and, at a certain point, Djordje told my class, “You know, I realize you can’t possibly understand what happened to my country. I can’t understand it myself, and I lived through it. But since I was there, I can tell you what happened, and I can even tell you how it happened. Bosnia-Herzegovina is a multiethnic, multicultural, multiconfessional country. Just like yours. So, if you want, I can even tell you how it would happen here. It’s easy. There’s really just five steps.”

Then he broke it down for us. Five easy pieces. First this happens, then they do this, then this, then this, and finally this. I just wish I could remember, that I’d had a tape recorder that day, or maybe even that the NSA had already invented the National Surveillance State. (If anyone ever did learn Djordje’s lesson, though, I’m guessing it was the NSA.)

From that day, what I do remember is that my students were simply stunned into silence, and that I myself was speechless too. For a moment at least we understood, we saw how it could happen.

And today, as I remember Djordje, I’m left with only one question. If I could ask him, I would. What step do you think we’re on now?