The Price of Truth – A Documentary About the Search for Justice 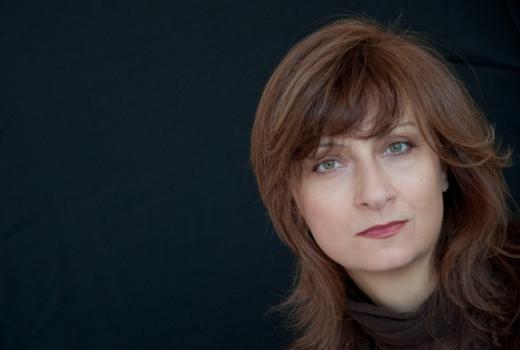 The Price of Truth – A Documentary About the Search for Justice

Life stories of journalists from Serbia following attacks and pressures.

The Price of Truth, a new documentary produced by SEENPM (South East European Network for Professionalization of Media) and Mediacentar Sarajevo as part of the Resilience project, talks about the brutal attacks on journalists in Serbia, their long-term search for justice, and life under police escort. The film follows journalists Milan Jovanović, who lost his house to an arson attack, Vladimir Mitrić, who has lived under police protection for 18 years, and investigative journalist Jelena Zorić. As the film director Valentina Delić said in an interview with Mediacentar Sarajevo, they all have one thing in common – regardless of all the threats and pressures, they passionately continue to do their job.

Attacks on journalists, she adds, are so frequent that the question is often how can anyone even want to do this job?

“However, a whole new generation of investigative journalists has appeared, and with them, there are also seniors, such as Milan Jovanović from Grocka, who work quietly and persistently. I think this speaks to the fact that the need for truth is essential and stronger than any external and social circumstance,” Delić explains.

Valentina Delić is a director, screenwriter and journalist. In the 1990s, she worked at Radio B92. After that, she became a freelance film director and screenwriter. Since 2010, he has been working on educational documentary shows at the Education programme desk of the Radio Television of Serbia.

She says that it is crucial that all victims of extreme violence, including journalists, must receive special treatment. They must not be exposed to re-traumatisation during court proceedings, which, she adds, also means that there should be proscribed deadlines to perform certain steps in the procedure.

What were the biggest challenges while working on The Price of Truth?

The biggest challenge was not to not burden the film's protagonists with the presence of the camera – people who are going through serious life dramas due to the fact that they are struggling to do their job as investigative journalists. Milan Jovanović lost his house in an incredible, horrible act of savagery – an arson attack. Then, of course, he and his wife developed health problems due to stress. Vladimir Mitrić has been under police protection for 18 years and also lives under stressful circumstances, without the possibility of privacy. Jelena Zorić is a passionate researcher and even though the public and the prosecutor's office reacted immediately after she was threatened, it is a position in life that requires enormous strength to continue to work and live in balance. What they have in common, however, and it's amazing to me, is that all three continue to work passionately.

The film follows three difficult journalistic stories. What is the price of journalistic truth, based on their stories?

These stories only confirm the painful fact we already know from history – that the price of truth is, in fact, higher than anything else.

The film’s protagonists were not only faced with severe attacks but also with the fact that the system does not work and that they cannot get justice. How much of a problem is that?

In the film, we see that journalists are one of the links in the chain of this fight, along with, for example, exceptionally dedicated and honourable police officers, such as Inspector Slobodan Milenković. They are also exposed to pressure and attacks, while prosecutors' offices and courts do their work unbearably slowly, or even do the opposite of what they should. We will probably find out in the future which of the people from the prosecution and judicial system were pressured or removed so that the truth would be submerged. This, indeed, leaves a sickening impression of hard-to-achieve justice. 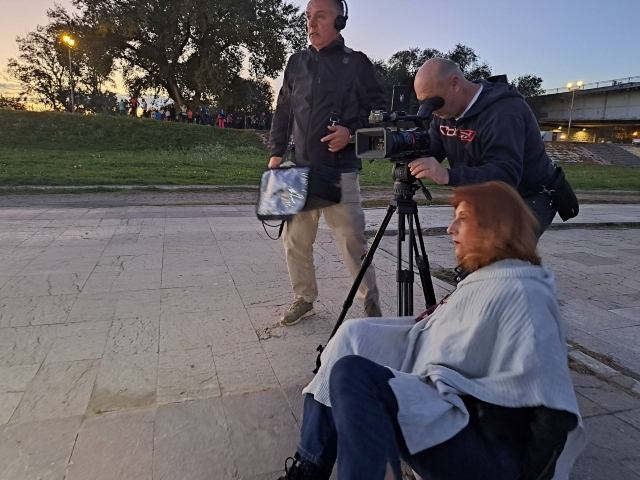 Filming of The Price of Truth, private archive of Valentina Delić

According to the data you obtained during the research for the film, how frequent are attacks on journalists in Serbia and other countries of the region?

Attacks are so frequent that you wonder how can anyone even want to do this job. However, a whole new generation of investigative journalists has appeared, and with them, there are also seniors, such as Milan Jovanović from Grocka, who work quietly and persistently. I think this speaks to the fact that the need for truth is essential and stronger than any external and social circumstance.

The situation in Serbia has changed in the last seven to eight years insofar as we got a Permanent Working Group for the Safety of Journalists, which was established on the basis of the Agreement on Cooperation and Measures to Raise the Level of Safety of Journalists between the Public Prosecutor's Office of Serbia, the Ministry of Internal Affairs, and journalist associations. It took time for journalists to develop trust in the police as their allies. We see that in the film, too.

Why it is important to talk about attacks on journalists and constantly point out this problem through different platforms, what can we change?

I think that the procedures for handling extreme cases of attacks on journalists should be changed. It is crucial that all victims of extreme violence, including journalists, must receive special treatment. They must not be exposed to re-traumatisation during court proceedings, and this also means that there should be proscribed deadlines to perform certain steps in the procedure. We must not allow a situation where Milan Jovanović and his family are now, four years after the arson of their house, dragged through the courts again and the whole case is relativized. How and why this is happening – we see this in the film. 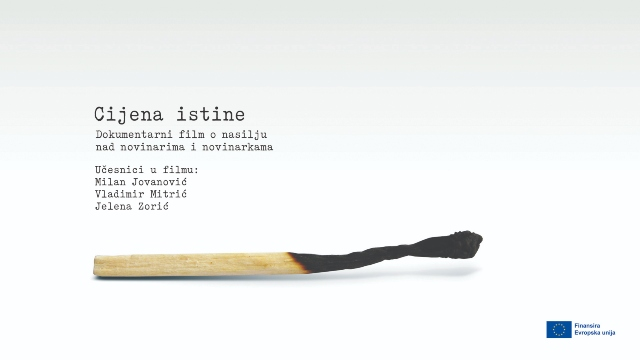 The Price of Truth, official poster

In your opinion, what is the perception of the public in Serbia when we talk about attacks, as well as court proceedings on attacks on journalists, does the public understand it as a social problem?

As everywhere, that part of society that is engaged and interested follows everything and is concerned. But I'm afraid that there is another level: the writer and philosopher Aldous Huxley prophetically said that in the future, the accumulation of information will be more dangerous than classical censorship. The truth will not be classically censored, but you will not be able to distinguish it from the sea of information that is being marketed to you – and we are all living this now, not only in Serbia. The fact that this type of media atmosphere is being forced is an additional attack on serious, dedicated journalists.

In addition to all that, there is another very important form of pressure – economic pressure on journalists. If you leave such an important profession to operate in poverty, and on the other hand, for example, you have the news that the United Media group, the owner of N1 and Nova television stations, bought the Grand music production, then as someone who follows everything, you have to seriously ask yourself about who truly supports serious journalism and to what extent? There is talk of an obscene amount of money in this transaction of the sale of Grand Productions. The news about the alleged 30 million euros that is reported in some media, you can't easily verify anywhere. This knowledge does not make you feel at ease, on the contrary.

To what extent is the system or the state ready to protect journalists to do their work freely? – When we talk about preventing attacks on journalists, where do you see the solution to the problem, what are the protection mechanisms and who should provide them?

We in the region live our lives staring at the cultural centres of our part of the world – Europe. In this world, Julian Assange has been a persecuted captive in the worst conditions for a decade. In the Netherlands, one of the most famous investigative journalists was killed last year after appearing on a prime-time evening show. A young investigative journalist was killed in Ireland... Not to mention the number of journalists in Turkish prisons. In this context, we should put pressure on the system to protect journalists. This is what is discouraging.

On the other hand, what I find encouraging is a simple fact, which I have already mentioned: the insatiable hunger for the truth that our society has – as we can see from the number of young journalists who come out and choose investigative journalism as their profession – the most difficult form of journalism. In addition, I believe that the Working Group for the Safety of Journalists is a great leap forward and it should be used to exert pressure to protect the people who are precious for the health and development of society: dedicated journalists.

The film was produced as part of the project RESILIENCE: Civil society action to reaffirm media freedom and counter disinformation and hateful propaganda in the Western Balkans and Turkey. The project is implemented by partner organisations: SEENPM, Albanian Media Institute, Mediacentar Sarajevo, Kosovo 2.0, Montenegro Media Institute, Macedonian Institute for Media, Novi Sad School of Journalism, Peace Institute in Ljubljana, and the Bianet press agency in Istanbul, with the financial support of the European Union.

Junk Folder – A Film About Limitless Fabricated Content
Documentary “The Burden of Experience”: Story About Attacks on Female Journalists in the Region