Editorial Autonomy at Risk in Europe 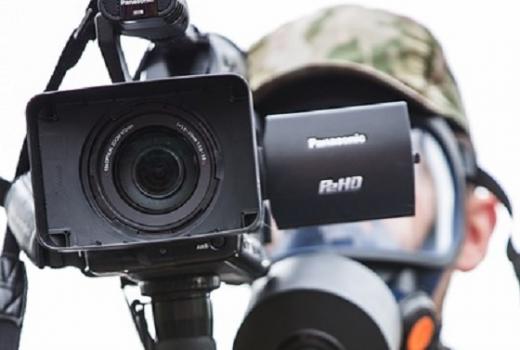 Editorial Autonomy at Risk in Europe

State should not be allowed to use state advertisement as a tool to pressure media.

Problems regarding freedom of expression exist even within Europe where nowadays human rights are mostly guaranteed. Media market is heavily concentrated and editorial autonomy is at risk more or less everywhere, both because of commercial and political pressures. These are some of the findings of Media Pluralism Monitor discussed upon at the Free European Media conference in Gdansk earlier this year.

Elda Brogi, Professor at the European University Institute, emphasized that one of the big problems in Eastern European countries is state advertising, as well as lack of legislation on this issue: “only a few countries in Europe have adopted laws that limit foreign ownership in the media sector” and in many cases EU media ownership is not limited. In some of the OSCE’s participating states there is “risk of erosion of the freedom of the press and the media itself. Digitalization of the information accelerates the concentration of investment revenue and media ownership. The situation becomes critical and pluralism is at unacceptable risk level in countries with combination of high media concentration and strong political interference”, stated OSCE Representative on Freedom of the Media, Harlem Desir, who was one of the speakers at the Gdansk Conference. He expressed his concerns on editorial autonomy in both private and public sector in the OSCE participating states. The way to promote a “benchmark and standard for the rest of the press” is to have “public broadcasters both well financed and independent”. The advertisement issue can be solved with a “very independent and strong regulatory body”, and “government or state company should not be allowed to use state advertisement as a tool to support some media and put pressure on those media”, said Desir.

In some countries, private media financing and existence depends on state investments in the sector, what might jeopardize media independence. For instance, financial existence of independent media is a major problem in a country like Russia because “state is an important actor, investing large amounts of money in media. State not only owns media, since they are state-funded, but buys independent media by providing and offering funding contracts. Media competes for funding for income coming from advertisement. Media landscape is wide and there is not enough funds for all of them to act independently and to support themselves from their work. Outcome is that the state has the notion that media needs the money and it is easy for the state to provide possibility for media to compete over official budget money. Even independent media are competing for this money in order to be able to support themselves”, says Galina Arapova, Mass Media Defense Center Director.

One of the possible solutions to this problem is that private media ensure their independence and financial sustainability through charging for their contents. Such practices exist in some Western European countries, where readers subscribe and pay for produced media content.

“The online culture known as everything for free is slightly changing with services like Netflix and Spotify. People are getting used to paying subscriptions for online contents. The internet where everything is for free doesn’t exist basically; you pay in certain way, maybe not with money but with data”, said Jean Philip de Tender, Director Media at the European Broadcasting Union.

In his words, crowd-funding model might be one of the solutions, but before this model is applied and before people start paying, readers have to see particular media as a reliable source in which they trust. ”If people want quality, they might be willing to pay for it”, he said and added that there is another model like Guardian in UK where articles are for free, but from time to time it has been suggested throughout articles that readers might consider the idea of a contribution in order to continue reading this sort of articles they appreciated”.

In terms of sustainability of online platforms, the investments of publishers in the online sector “disappear into the pockets of Silicon Valley companies”, this makes the return of investments in online journalism platforms very limited for the publishers. “EU is aware that there is imbalance between these two industries. Money has to come back so that publishers could continue to invest in quality, independent journalism”, stressed the News Media Europe Director, Wout van Wijk.

“Political circumstances and Turkish referendum in 2017 marked the beginning of polarization within Turkish society. These circumstances caused Government seizure of numerous newspapers through banking regulation, says Baris Altintas, Media and Law Studies Association founder and one of the panelists at the Free European Media Conference. “At this point we have about 80% of television outlets either directly under control, or manipulated by government and we know that they have a lot of editorial interference. From the other side, journalists in Turkey are on their own, since there is no government to protect them and there is no judiciary to turn to.” Altintas also rated the current situation in Turkey as a constitutional crisis and explained how court orders are not being respected. She explained an example when two journalists were due to be released because of violations found in their imprisonment but they remained in jail because lower level courts are not obeying the highest court decision. There are cases in Turkey before European Court. “So, what are we going to do if Turkey decides not to apply decisions of European Court?”

Hungarian media are in war among each other and the division in the industry was caused by a very aggressive power, according Marthon Gergely, editor at HVG Weekly. “The majority government used its power in two mandates to rewrite the national media landscape. They founded the new media authority, which has only government backed members. They have decided couple of times on media merges and they always decided in favor of Hungarian government. There is no institution which would be able to defend remaining free media”, he said and reminded that government forced out of Hungary a dozen of foreign companies and foreign media, since the adoption of the Europe's Most Restrictive Media Law in 2010. “The government has made a huge progress in bringing more and more media outlets to repeat Hungarian government propaganda. Such circumstances prompted the fight within media industry”, said Gergely who is also the former Editor of “Nepszabadsag”, the biggest political daily, which was shut down by, in his words, misuse of power.

Serbian media are also facing polarization within the industry, caused by political interference. „Media close to the government, usually tabloids publish data obtained with secret service about and against journalists who are professional, usually investigative and awarded. There is an ongoing war within the profession, where journalists attack other journalists and violate ethical standards on daily basis. There is a big division within the profession and it is related to politics“, said MajaVasić Nikolić, Project team coordinator of Independent Journalists' Association of Serbia.

The OSCE RFoM intervened several times recently as Polish media landscape was under pressure and raised the issue of independence of public broadcasters and unjust fines regarding media reporting on demonstration in front of Polish Parliament. The latest concerns expressed by RFoM refer to the new legislation criminalizing speech in historical context. “In terms of the Polish public media, in 2015 one man changed broadcasting law and now controls the appointments of management of the public broadcasters and of the National Broadcasting Council. As a consequence many journalists have been fired and independence of public broadcaster is in question”, said Desir highlighting the importance of balance of public broadcasters and independence of Regulatory Board as essential to free and pluralistic media landscape. Tomasz Milkowski, International secretary of the Main Board of the Journalists Association of the Republic of Poland points out that “Polish public media promote only one dominant point of view, governmental and government majority point of view. I do not want to say that pluralism is absolutely abolished in Polish public television, but it is limited”.

In terms of exercising freedom of expression, journalists in Russian Federation face numerous restrictions and issues such as lack of justice and climate of impunity, state monopolization of media and control of the Internet. In terms of ownership, over 80 percent out of 77.000 registered media in Russia are state-owned or controled. “Over 260 journalists were killed in RF in the last ten years, and only 42 cases were brought to the court”, says Galina Arapova, Director and Senior Lawyer at Mass Media Defence Centre. “Attacks against journalists in Russia never stop. This is regular method to silence criticism”.