Kristina Borjesson: Feet to the Fire - The Media After 9/11, Top Journalists Speak Out 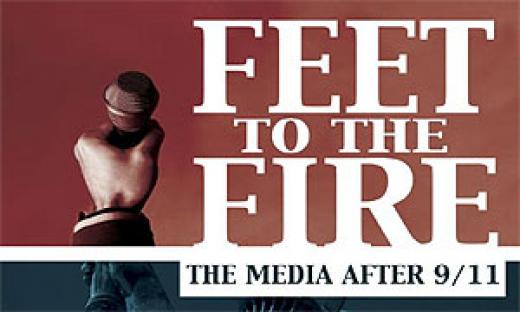 Kristina Borjesson: Feet to the Fire - The Media After 9/11, Top Journalists Speak Out

Title: Feet to the Fire - The Media After 9/11, Top Journalists Speak Out

The award-winning reporter and media critic, Kristina Borjesson was fired form her post at the CBS after she had gone too far in her investigative reporting, and had also refused to remain silent as to what caused the plane crash in 2001 on the flight TWA 800. In her acclaimed book from 2002, entitled ‘Into the Buzzsaw’, Borjesson describes her outcasting from mainstream media.

After ‘Into The Buzzsaw’ Bjoersson focused on none less demanding endeavour. Last October, she published a book under the title ‘Feet to the Fire’, the collection containing 21 interviews with the most influential TV and print media journalists in the USA. The focus of ‘Feet to the Fire’ is the superficial reporting by the mainstream media on the events prior to Bush’s invasion on Iraq in 2003.

What could be different today had the journalists not swallowed the lies by the administration hook, line and sinker? Is the job of the media to report on what the public should know or on what the government wants us to hear? Which journalists, if there were any, reported well on the war? Armed with such questions, Borjesson challenges the uniqueness of the ‘media elite’, getting to the core of ideas by Ted Koppel, Ron Suskind, John Walcott and Christopher Hedges. One of these interviews with John Walcott can be accessd fully on http://www.alternet.org/waroniraq/29920/.

AlterNet (very popular web site dedicated to alternative reporting in the USA, has won several important awards for journalism) has published on its website a telephone interview with Borjesson about power and prejudice behind ‘free press’. The full text can be accessed at http://www.alternet.org/mediaculture/29833/.