Finland — a utopia for journalists 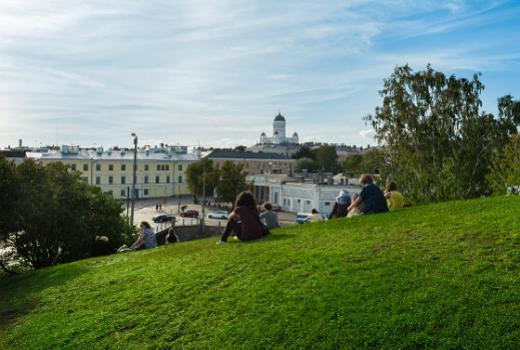 Finland — a utopia for journalists

When a Finnish journalist was assaulted in April this year, while filming a protest against the construction of a nuclear power plant in the north-west of the country, this was the main news for many days in Finland. “This is an insult to honorable and free journalism,” stated the assaulted journalist Ari-Pekka Sirvio, knowing that what happened to him was very unusual and rare.

This was one of two assaults on journalists in Finland in total that have been reported in the past three years on the Mapping Media Freedom of the Index on Censorship. At the same time, Great Britain had 50, and Italy had as many as 100 such assaults.

For the last 50 or so years, Finland has been known as a utopia for journalists. This northern European country has a diverse media market, good laws, a transparent government and independent journalists, according to Freedom House reports. The Reporters Without Borders (RSF) World Press Freedom Index, the most important global research that deals with the status of media and journalism in 180 countries around the world, has listed Finland at top position since 2010.

Freedom of the media in Finland is guaranteed by the Constitution and numerous laws. In 1919, the Fins adopted a law protecting their right to “publish information without seeking permission from anyone.”

The Fins consider all official documents as public “if it isn’t stated otherwise.” This year, Finland is marking its 250th anniversary of the first law on freedom to access information in the world, the creator of which is Finish thinker and politician Anders Chydenius. The procedures to access information in Finland are easy, therefore both the public and institutions respect them equally.

“As a photojournalist I don’t have to face so many issues; we have a fairly flat hierarchy and not too much bureaucracy so it is rather easy to get into places and meet up with people without spending a week writing letters with funny stamps,” says Sami Kero, photojournalist at the leading Finnish daily Helsingin Sanomat.

The perception of corruption in Finland is low and, according to last year’s Transparency International’s Index of Corruption Perception, a large percentage of Finland’s citizens think that their politicians and state officials largely do their jobs responsibly and transparently.

This certainly does not mean that corruption does not exist. However, in cases where institutions do not deliver the requested information, journalists and citizens can sue them, says journalist Jukka Hiiro. “Usually it’s the government that loses in court.”

Hiiro points out that, in Finland, the laws on the freedom of accessing information are an important mechanism for building the public’s trust toward the state system.

The Journalists Association of Finland Director, Petri Savolainen, thinks that nowadays it is not enough for the government to make information accessible on the basis of a request for accessing information, but that information should be accessible regardless.

Savolainen mentions that the Finnish Law on the Openness of Government Activities prescribes that information that are of exceptional importance to the public, need to be located in public libraries and public bases of data.

“While freedom of expression ensures that everyone is entitled to publish and receive information, the principle of government openness is to safeguard so that the public and the mass media have access to official documents,” says Savolainen who heads an association with more than 15,000 members — more than 90 percent of the overall number of Finnish journalists.

Foreign journalists residing in Finland can visit the Ministry of Foreign Affairs’ website and find a host of useful information — from the review of Finnish institutions and state structures to transportation and locations with free WiFi in Helsinki. The Ministry’s International Press Center makes it possible for journalists to use computers and phones, and also offers assistance in making interview appointments.

As well as being great supporters of the freedom to access information, the Fins take a great amount of care in the accuracy of published data. If published information is proved to be incorrect, the laws require that this must also be published, which in 1968 served as the basis for establishing a self-regulating Council for Mass Media.

According to the opinions of Press Freedom Now researchers, the Council has successfully found the balance between the right to information and the right to a correction, which is one of the ingredients of the Finnish success recipe.

A healthy market competition that reflects the need for quality journalism is another reason. Even though it has more than 5 million citizens, Finland is the third country in the world in terms of newspapers consumption. Even in an unequal fight with the Internet, the Finnish printed press manages to keep its readers and has 200 different publications, out of which 31 are daily newspapers. The Finnish electronic media has been digitalized for a long time, while some are free of charge.

Accessing the Internet is also cheaper than in most European countries, while the coverage is very high, with 90 percent of households possessing broadband connection. As part of the “Broadband for all 2015” government program, accessing the Internet is made possible even in the remotest of parts of the country in which Internet became a civil right for all citizens six years ago.

With all these factors, UNESCO’s decision to host its annual World Press Freedom Day celebration in Helsinki between May 2 and 4 this year should not be surprising. During the gathering, good practice examples from Finland were put forth, but the unenviable situation of journalists from numerous other countries was also discussed; in those countries, the Finnish conditions seem an unreachable dream.

“I find that ‘privileged’ is not a proper word to describe my feelings — it’s like asking if one should feel privileged if no one hits you at home,” Kero thinks. His colleague Hiiro adds: “I see it is as a thing every country should have. Freedom of speech in a corruption free environment is one of the key principles for journalism. It shouldn’t be some sort of utopia or exception.”

Between bad working conditions and redundancy
Freedom from expression