Suing and withdrawing accusations: How strongmen pressure media with lawsuits 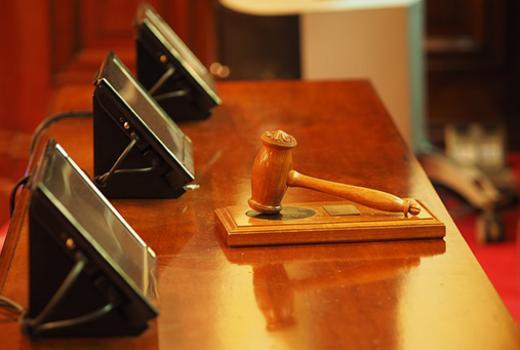 Suing and withdrawing accusations: How strongmen pressure media with lawsuits

Number of defamation lawsuits against journalists is rising in Bosnia and Herzegovina while many of them get withdrawn.

Politicians in Bosnia and Herzegovina tend to intimidate journalists by suing them for defamation, thus deterring them from pursuing their work, the new media freedom report by Reporters Without Borders concludes. Data from the journalists’ association BH novinari and experiences from newsrooms showed that numerous lawsuits are used as a way of pressure. Meanwhile, professionalism remains the best protection.

According to the Free Media Help Line, BH novinari’s service for protection of journalists, there is an average of 100 lawsuits for defamation a year, but as courts do not categorize them as such, they get registered as other civil proceedings resulting in poor statistics available to the public, including the percent of lawsuits withdrawn by plaintiffs.

“Still, professional community knows there are cases of withdrawal of lawsuits by plaintiffs as well as that there are cases of lawsuits being dropped before the main hearing. This can mean, though not necessarily, a certain amount on media professionals because journalists and editors are forced to answer about lawsuits, seek and pay for lawyers and spend time in long processes in courts. Aside of that, there is a practice of announcing lawsuits through some media even though such threats never get implemented. Experts think that such practices to be messages or threats to journalists and media,” said Arman Fazlic, editor with Association BH Journalists.

A large number of lawsuits against journalists points at a sort of intolerance for public word on the public scene, but also that there is still unprofessional behavior of journalists, said Mehmed Halilovic, long-year journalist and lawyer.

“The best protection against lawsuits for defamation is of course the proof of truthfulness. The second is professional behavior or good will and full respect of ethical code. As far as the first element, the tolerance, I think that in the majority of cases that is the reason and it represents a sort of pressure on the media and journalists and editors, not just when those lawsuits become trials but also in cases of suing and then withdrawing accusations.”

In his recently published analysis “Defamation lawsuits against journalists – a tool of pressure on media”, Halilovic said that it is well known that a number of lawsuits is withdrawn before the preliminary hearing and that a part of those, if not all, represent a certain pressure on journalists because journalists and editors are forced to answer to lawsuits, seen and pay lawyers and spend time in courts.

Balkan Investigative Reporting Network in Bosnia and Herzegovina had a recent experience like that and their director Mirna Buljugic explained that this happened after they published an article about an public procurement process about buying an official car in a state ministry.

“The minister did not want to talk to us, but directed us to his secretary, and after we published the article, he called to talk. We asked whether there was something problematic in the article and he said no. Twenty days after that there was a lawsuit against BIRN, the journalist and editor who worked on the story,” she said.

“During the time of the lawsuit when we were supposed to answer to the lawsuit they went even further suggesting to make a deal with the minister to never write about him again and to never write about that ministry either and about public procurement, something we refused immediately after which the whole process continued and in the last week before we sent the answer, the minister gave up the lawsuit. This went into BH Journalists statistics about politicians who affect the media and create pressures this way through defamation lawsuits.”

Buljugic and Halilovic emphasized the key importance of professionalism in journalism. The director of BIRN stands that many journalists do not know at all which steps to take when writing an article and often it happens that information are not checked or that they are published based on one source which is by the way anonymous.

“Education of journalists is very important specially if you are working on articles where you uncover something, mention someone for what they did, often some journalists do not even call that person. On one side there are professional standards but on the other again I must emphasize this political moment of force that they affect this way and threaten journalists, no matter what type of media it is, simply the practice showed it happens to everyone,” said Buljugic.

Former editor and now lawyer, Senad Pecanin, said that the Defamation Law has many flaws such as imprecise definitions but that possibilities of lawsuits against journalists and media, currently widely allowed by the law, often represent one of the most effective ways of pressure on journalists and media.

An additional problem is, as he noted, the fact that journalists and media are not financially up to hiring good or even any lawyers at all who would represent them in court proceedings. On the other side, for a good part of judges the awareness of principles of functioning of media, which is necessary for a regular practice of the law, still represents a real unknown. Defamation lawsuits as a sort of pressure, even to those journalists who respected professional norms, takes time and deters them from investigations they are working on.

“A lawsuit can be filed by anyone but in any case, there is a higher possibility that it will be resolved in benefit of a journalist. So a large number of lawsuits is a proof of a sort of pressure on media and journalists, that is for sure, “ Mehmed Halilovic concluded.

Journalism in BiH: Self-censorship, low wages and political pressure
Laws Serving to Persecute Belarus Journalists
Cartooning Represents Freedom and It Should Not Be Limited
The Most Terrifying Pressures Occur in Silence