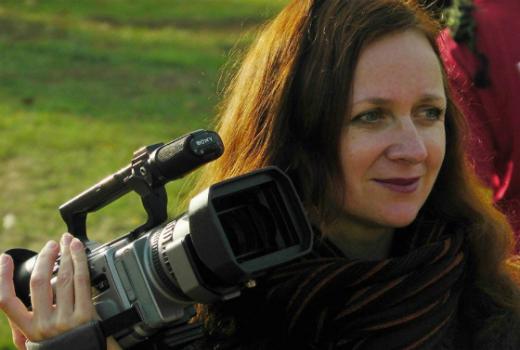 Larysa Shchyrakova is just one of dozens of Belarus journalists facing financial pressures and harsh laws in a country with corrupted courts and a weak civil society.

Dozens of freelance journalists in Belarus face fines for working for “foreign media”. European press associations warned on this eastern republic’s authorities’ continuation of bad practice after they sanctioned, at the beginning of this year, Larysa Shchyrakova with around 225 euro for breaking an article of the Belarusian Code on Administrative Offenses which forbids freelance journalists in the country from working with foreign media outlets.

Shchyrakova works as a freelance journalist for the Television Belsat which, as she explained, failed to get an accreditation from the Belarus authorities. Shchyrakova is reporting from the southeast Belarusian town of Homiel and she has been a journalist for eight years now, reporting about social problems, human rights violation, social and political events, and she is one of around 40 journalists sanctioned by the law targeting freelancers since 2014.

This journalist plans to make an appeal against the ruling, with the help of the Belarus Association of Journalists, which called the law “ridiculous”. In an interview to Media.ba, Shchyrakova said that she does not expect a successful case, but her goal is to show the systematic violation of freedom of speech and expression in Belarus.

You were fined under a Belarus law for 'working for foreigners', and this is not the first time, and you were not the only one. Can you explain what the law says exactly and what did you „do wrong“?

Journalists contributing to foreign media have always drawn attention of law enforcement agencies, who conducted preventive talks and issued warnings that the journalists violated the law by working without accreditation. Since 2014, freelancers have been held responsible for that, according to the Code on Administrative Offenses, Article 22.9. Some of them have been fined several times. One journalist’s flat was searched, and computers and data carriers were seized for investigation. Article 22.9 envisages liability for 'illegal production and distribution of mass media products'. The practice of prosecution of freelancers seriously violates the standards of freedom of speech.

You will make an appeal now to that court ruling. What do you expect to happen in the case?

I expect absolutely nothing, I am completely sure of a denial. But in order to appeal to the Human Rights Committee of UN, I have to pass all means of internal protection in Belarus. I will appeal to the Committee to show the systematic violation of the freedom of speech and expression and the right to gather and spread information freely in Belarus.

We witnessed intensified persecution of freelance journalists contributing for foreign media, detentions of journalists by the police while covering some of their brutal actions, interference of the Ministry of Information in the work of media and the blocking of access to information for journalists. The situation is highly unfavorable and the intensification of pressure on journalists and media was recorded during the presidential elections in Belarus in October 2015.

The 2007 Law on counteraction to extremism prohibits publishing and distribution of extremist materials, including in the mass media. The law says that information containing calls for extremist activities or a one which propagates such activities shall be confiscated by the authorized officials counteracting to extremism, or persons arrested. The state body counteracting to extremism files a statement that the seized materials are extremist, and the court considers it and gives permit to destroy it. But, the definitions “extremist activities” and “extremist materials” are too vague, which allows a broad interpretation of the law. It leads to situations when any critical materials can be regarded as extremist and be banned.

In 2008, in Hrodna region, the KGB initiated proceedings against several publications seized previously by the police and customs officers. Those were several issues of the radio 'Svaboda' and the magazine 'Glos znad Niemna na uchodzstwie', audio recordings of programs of a Polish radio and other. As a result, in 2008 the recording of a concert in Warsaw 'Solidarity with Belarus' and the Polish award-winning documentary 'Lekcja Bialoruskiego' were recognized as extremist, and some photos at Kastrychnitskaya Square in 2006 in Minsk. At the beginning of 2011, the Ministry of Information issued a warning to the 'Autoradio' for having distributed a message 'calling for extremist activities'. This was a phrase by Andrei Sannikau, presidential in 2010, that “the fate of the country is solved in the square, not in the kitchen”. The radio was deprived of the frequencies.

In August 2014, the Republican Expert Commission on assessment of informational products regarding extremist contents was set up. Two thirds of the commission are state officials, including representatives of the KGB, who often initiate proceedings to recognize a material to be extremist. In the first half a year of its existence, the Commission considered over 100 materials, 25 of which were recognized as extremist.

How do you see the media scene in Belarus, what kind of divisions are there, and how is it to be a freelancer in your country?

In Belarus there are the so-cold state media, which we consider as being totally dependent, and there are the independent media. When we talk about the first one, they have a state support. There's an obligatory subscription to them. For example teachers, doctors, some officials, have to subscribe to the paper or a magazine. So as a rule they have no profits and live only on state grants.

On the other hand there are the so-cold independent media which exist in a highly unfavorable situation. It is almost impossible to start a media in Belarus, online or printed, because there are a lot of obstacles. In the last 10 years there were more than a hundred attempts to register a new media but without any success. About being freelance, the problem is that there is no such definition as a freelance journalist in Belarusian law. In our national law on media there's not a word about freelancers. So how can we do our work properly when we don't exist for the authorities?

Can the support coming from outside Belarus be of any help having in mind the laws and the overall situation?

In fact we are in a situation when there are no internal means to protect the journalists. Absolutely dependent courts, weak civil society, weak non-governmental organizations. In that situation it is extremely important to have some external mechanisms of pressure on the regime – to make it liberal, to make it stop persecution of free media in Belarus.

Crossing the line of slander: from online intimidation and sexual harassment to death threats
Press freedom in Turkey: The case of Mohammed Rasool