‘Scandalous’ headlines a source of profit for unprofessional portals 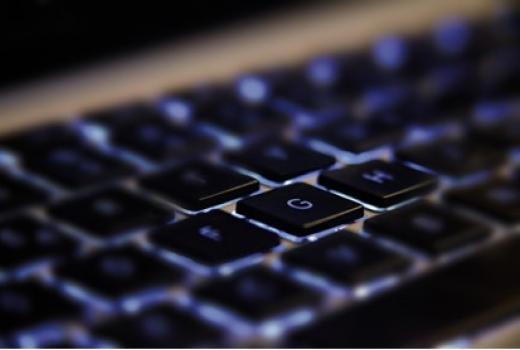 ‘Scandalous’ headlines a source of profit for unprofessional portals

Concealing information about editors, journalists and owners of online portals in BiH is harming good journalism and additionally diminishes the already undermined trust in media. Existence of an Impressum – section on the web-site that contains contact information and names of editors and journalists – is one of the elements that distinguishes professional from the so-called “anonymous” or unprofessional portals. Online portals that often appear to possess all elements of professional media, in spite of being of much lower quality, can be deceptive for the general public and serve as a platform for spreading disinformation and cause negative developments in the society, creating confusion or wrongfully-based opinions.

Portals that apparently strive to inform the public on important and serious social topics use various proven ways to shock and intrigue the public in order to attract clicks, shares or reactions on social networks – often walking the thin edge of truth and using completely made-up stories regarding current and important topics. Lack of an Impressum section gives space for free action and, together with the fact that publishing information in online space is not regulated, allows thorough manipulation and designing of a narrative as desired or needed by anybody who possesses simple technical prerequisites and skills to do so. Recognizing the importance of having an Impressum is one of the main elements of media literacy that implies the ability to approach, analyse, evaluate and distribute messages via the media.

Articles featured on such portals deal with topics that stir interest among the public, often copying content from professional media and, with an appealing title and/or illustration, gain a lot of attention – and they profit from their popularity – in money or influence. In the research “Disinformation in Online Sphere – Case of BiH“, clickbait was identified as the second most frequent type of media manipulation, right after “false news”, suggesting that economic factors (profiting on the basis of number of people who read the articles, and/or advertising) is one important motive for creating political disinformation.

The analysis done as part of this survey showed that the boom of anonymous portals posing as professional media is one of the main problems of online media in BiH. Many of them are run by an individual or a small group, without an editorial board, editors or journalists, and do not understand the principles of professional journalism. Very often, they don’t even care about them, because such principles often clash with the principle of making easy money.

It is important to distinguish anonymous portals that publish whatever they think would be an opportunity to make some money, whatever the topic, from those who publish disinformation in order to promote objectives of a political party, and present a distorted picture of events, which suits their policies.

An increasing number of such portals and their presence in social media makes it difficult for the general public to find complete and verified information. A hidden identity of those publishing information that you read is a serious reason to suspect truthfulness of an article, video or a photograph.

Along with the fact that many media, which are transparent about their ownership, editors and journalists, are biased in their reporting and, for various reasons, sometimes spread disinformation, the anonymous portals that exist at the media scene simply to earn money pose an additional challenge in disentangling the already entangled channels of information in Bosnia and Herzegovina.

It is very important that professional journalists who seriously and honestly do their job gather more strength and motive and resist, while at the same time averting the daily pressures from politicians, as well as the opportunistic anonymous portals dressed up as journalism that are, unfortunately, spreading on the internet.

#NeVjerujNaPrvu is the project of the European Union in Bosnia and Herzegovina.