Media in the Eyes of High School Students 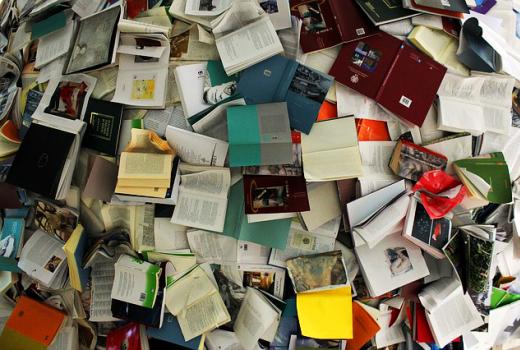 Media in the Eyes of High School Students

The majority of high schoolers are aware that the media sometimes fabricate content to increase popularity, research shows.

High schoolers in BiH claim that they are mostly capable of separating truth from fake news; most of them have a developed awareness of plagiarism, claiming that they do not use information without citing sources and that they agree that the media sometimes fabricate content to increase their popularity. These are some of the findings of the research on the influence and role of BiH media among high school aged youth in Zenica and Sarajevo, carried out in May of this year. 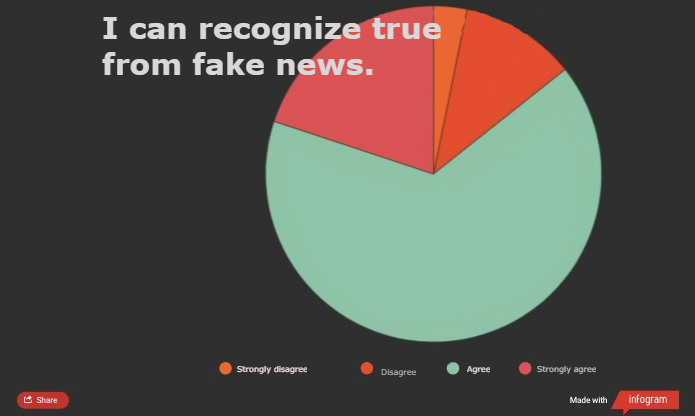 The goal of this research was to determine to what extent youth with no knowledge of the world before the internet think about the content they use, and what media are most relevant to them. All respondents confirmed that they use the internet, although 75% of surveyed high schoolers stated that they also use television, as an example of a traditional medium.

Respondents state that the content they search for online is related to their school subjects or hobbies (art, psychology themes, games, cooking, sports, final exams), which is a testament of the existence of a population interested in culture and art, social and scientific themes. On the other hand, some respondents stated that they research themes such as brain drain and political conflicts. These subjects are currently very much present in the media, so the interest of high schoolers corresponds with the publishing of media content which is often aimed at increasing fear, tensions between nationalities and fear of conflict. Quality media content, as emphasized by high school students, is content that is true, objective, not harmful to anyone and substantiated with evidence.

“Media content supported with arguments, facts and verified information, unbiased and neutral and, if possible, bearing positive news and focused on successes, rather than current affairs with bad outcomes. Also, quality media content is that which does not impose a particular view, does not try to jeopardise and “dull down” its readers. It is content that should bring something useful instead of pouring oil on the fire, causing harm to people, disrespecting privacy and obeying politics and various systems and organisations made with the goal to create media-addicted masses with no personal attitude”, is the comment of one respondent.

Although it is most comprehensive, this response has some imperfections in terms of questioning the function of the media. The media has a mission to defend freedom of opinion and expression, present government affairs, support tolerance and pluralism, ethics and accountability. Their duty is not to write about "nice things", but to report affairs to the public objectively and on time. The responses of high schoolers pointed to a problem recognised worldwide, which is that young people do not read the news and they carry no value for them.

Media across the world are fighting for young audiences in many ways. For instance, in 2018 the BBC, the public broadcaster in the United Kingdom, was prepared to invest more than GBP 34 million to develop a programme to attract teenagers which, as explained by BBC’s David Clementi, are not getting enough attention. Intending to teach youth what news is and how to recognise quality media content, the British public broadcasting service introduced a special programme called BBC Young Reporter, through which teenagers aged 11 – 18 create content for the media, which helps them understand how the media work.

Replies of high schoolers to the questionnaire collected in May 2019 point to the link with media education: educating independent, critical and active citizens. Due to the increasing number of media outlets and their general availability, their influence affects today – more than ever before – the most vulnerable groups of the population, i.e. children and youth. Considering that there is no institutionalised form of education such as a school subject, children are left to their own devices in the process of media education or to their parents, who are often insufficiently educated themselves, which leads to an uncritical and superficial perception of media mediated messages.

Worryingly, only 39% of high schoolers stated that their parents know what they search for online. Similar results were reached two years ago by the organisations Global Analitika, emphasising that BiH does not have a strategy to regulate online safety and the safety of children in the online realm. The results point to the importance of discussing the issue in a parent-teacher meeting or class meeting to which the parents should be invited.

What Is Media Literacy?

Understanding content published by the media is recognised as media literacy, which was defined in the 1992 Conference on Media Literacy as “the ability to access, analyse, evaluate and send messages through the media”. The definition focuses on everyone who uses media as a source of information, which requires different knowledge and skills. The media are also an important source of information to children, which points to the urgency of all countries to accept the importance of media in children’s lives and create the conditions in which the media would serve as a source of useful information and an ally in children’s education. Media literacy of today is multimedia, and it is necessary to adopt a variety of skills to understand such content.

There are five main media literacy s as defined by the Media Education Lab, which must be asked by all consumers od any information. They are:

Who created the message and what is the purpose?

What techniques are used to attract and hold attention?

What lifestyles, values and points of view are depicted?

The participants of our research state that they learned about media literacy through school subjects such as language (native and foreign), computer science, technical education, democracy and human rights, sociology, ethics, but also through extracurricular activities such as journalism.

The text ”Medijsko opismenjavanje treba početi u uzrastu za vjeronauku” (Media Literacy Should Be Taught at the Same Age as Religious Education), published earlier on Media.ba, explains that there are no school subjects in Bosnia and Herzegovina that teach media literacy by introducing students to the process of news creation, the need to verify news and determine their relevance.

Survey results are available in the document on this link.

Every child goes through different developmental stages characterised by specific needs and behavioural patterns. High school-aged youth form their global outlook during this period and build their individual point of view, which is why we decided to research media literacy among high school students.

Today, media literacy has become imperative and it is necessary to educate citizens of this society, especially those who can contribute to its development – the youth.

The analysis was carried out after the training for journalists and journalism students “Medijska pismenost i verifikacija informacija - od klika do ispravke” (Media Literacy and Verification of Information – From Click to Correction) which was held on 23rd April 2019. Darian Pokaz was one of the trainers and mentors to the group of journalists that carried out the analysis. The Project was implemented by Mediacentar Sarajevo for SEENPM and TOL.

Clickbait: Bait for the Media or the Audience
Media Literacy is Important for Differentiating Opportunities and Threats on the Internet