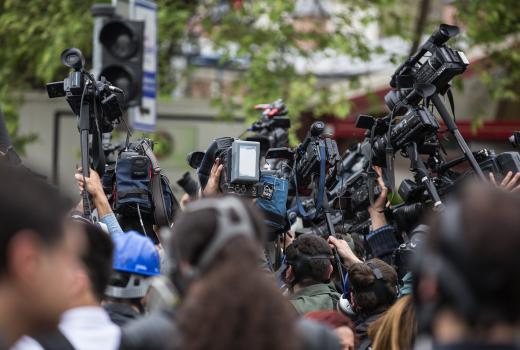 Stress and trauma are an everyday occurrence in journalism, which is why it is very important to provide media workers with psychological support to preserve their mental health. This position is held by psychotherapists, representatives of journalistic associations, and journalists from Western Balkans countries in which this type of help is not provided systematically.

On the subject of work related trauma and the need to address it, we talked with journalists gathered in Podgorica at the round table “Building Resilience in Difficult Times”, held in late December.

For most journalists, it is still taboo to talk about mental health and trauma, and they mostly choose to seek psychological support for their family members and friends before seeking it out for themselves. Most often they are used to being exposed to trauma, of which they are keenly aware, and are able to recover themselves, journalists claim to Media.ba.

Tufik Softić, a Montenegrin journalist and director of the local public service broadcaster in Berane, was beaten in front of his house in 2007, after reporting on criminal groups from the north of Montenegro. As he says, the case was classified as “attempted murder.” After the attacks, he had ample support from his colleagues, but he had to individually seek psychological help for his then underage daughter, who found him in a pool of blood after the attack and was traumatised by it.

“I was hospitalised and went through all the medical procedures, but nobody told me then that I should also have a chat with a psychiatrist, or warned me that maybe I should have my daughter talk to a psychologist,” Softić says.

Filjana Koka, Vice President of Journalists’ Association of North Macedonia, also believes that journalists should protect their mental health, regardless of their pride. In her many years of work as a journalist, Koka was attacked several times but says that she was traumatised the most when she was attacked by her colleague, a cameraman she was on assignment with. She sought out psychological assistance independently for the shock and trauma she experienced and says that the attacked caused PTSD, for which she was treated for over a year.

Newsrooms and media owners carry the weight of responsibility for the mental health of journalists, Koka believes, because they employ them. 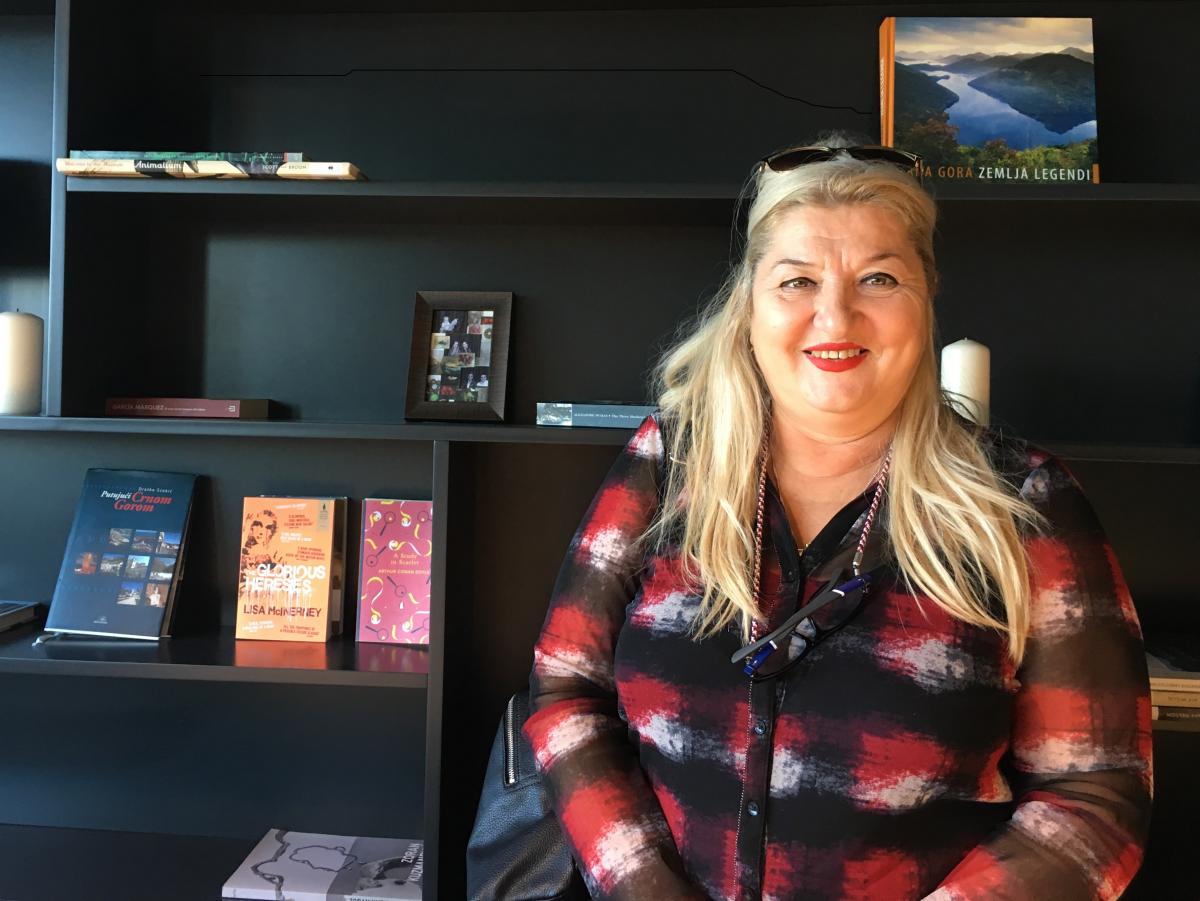 Still, a lot of responsibility also lies on journalists’ associations whose mission is to make all media aware of the need to provide this type of support, as well as to establish centres to which journalists can turn for help, and to organise educational workshops in which journalists will gain more knowledge on mental health.

“As an association, we should have a centre or a psychologist who will simply be there to answers calls from journalists,” Koka believes.

According to the editor of BIRN BiH, Denis Džidić, a few years ago, the newsroom of the Balkans Investigative Reporting Network identified the need to provide psychological support to journalists who experienced psychological fatigue or mood swings as the result of daily coverage of trials, hearing about war atrocities, murder and rape. On their own initiative and as a precautionary measure, they employed a psychologist who talked to BIRN’s journalists for almost two years and Džidić says that the experience was positive in terms of the more awareness and communication between them.

“Whenever we employed new, young colleagues, an important part of the interview was us speaking with them and preparing them for the fact that the job requires daily attendance at the war crimes trials and what they could expect to hear there so that the journalists would know to prepare and think about how difficult that will be and whether they are up for it. So, in that sense, I think our work is still effective and significant,” Džidić says.

He also adds that there is no permanent psychological support at the newsroom at this time, but that all journalists of the regional network have the option to ask for help when they need it, and it will be provided.

“They should be trained together with journalists to form a team. Just as we have teams of lawyers, we should also have a team of psychologists who would be our external associates and be in contact with journalists once a month, or maybe through a phone line or Skype, whenever they need help,” Telegrafčić says.

Free legal aid is also provided by the Association of Journalists of Kosovo, and one of the Association’s members Vesa Bala says that in the future they will focus on providing training on journalists’ mental health because it is necessary and lacking in this country. 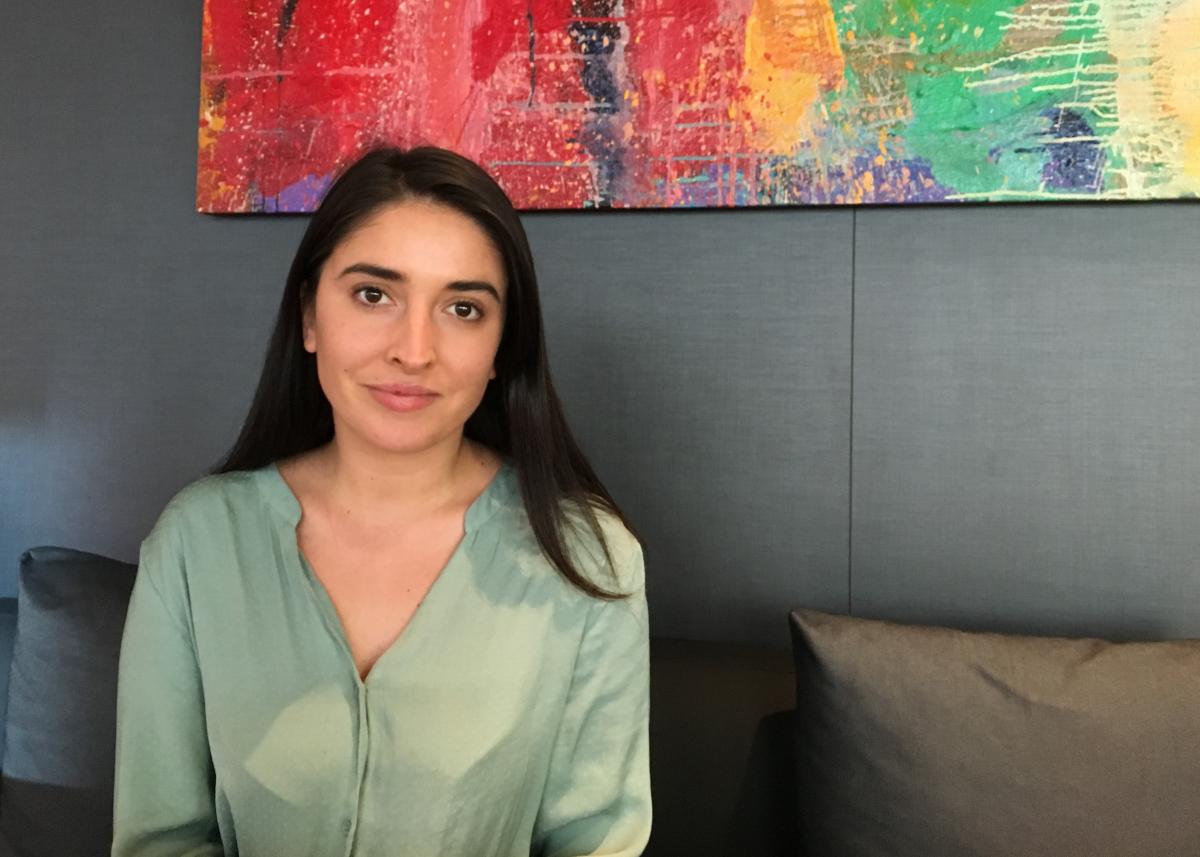 “All journalists, regardless of the type of journalism they work in, need training on how to handle stress, which can be caused by long working hours, poor salaries, working under pressure, fear of threats or attacks, working in public,” Bala says.

Darko Šper, of the Independent Journalists’ Association of Vojvodina and journalist of RTV Vojvodina, believes that the first thing you think about in stressful situations isn’t a psychologist, it is protecting yourself or alarming the public, because threats and pressures should be talked about. Šper emphasises that newsrooms have the most responsibility for establishing systems of psychological support.

“In such situations, help should be provided by your employer who pays your salary. After all, they pay for your social security and health insurance, and you need advice from someone, an older or more experienced co-worker in the newsroom, to help you decide what you should do,” says Šper.

Psychologist and psychotherapist of the Psychological counselling centre “Mozaik” and Schema Therapy Centre from Serbia, Marko Tomašević, has worked with journalists who sought out psychological help for a variety of reasons.

“Some of them came to me for seemingly completely unconnected problems, but we always touch upon issues related to the journalistic profession. Some of them did come because of their problems in journalism but also work in general. Not because their editors wouldn’t let them do their work – they were simply prevented from doing their jobs because this is the environment in which they work in this country,” Tomašević says. 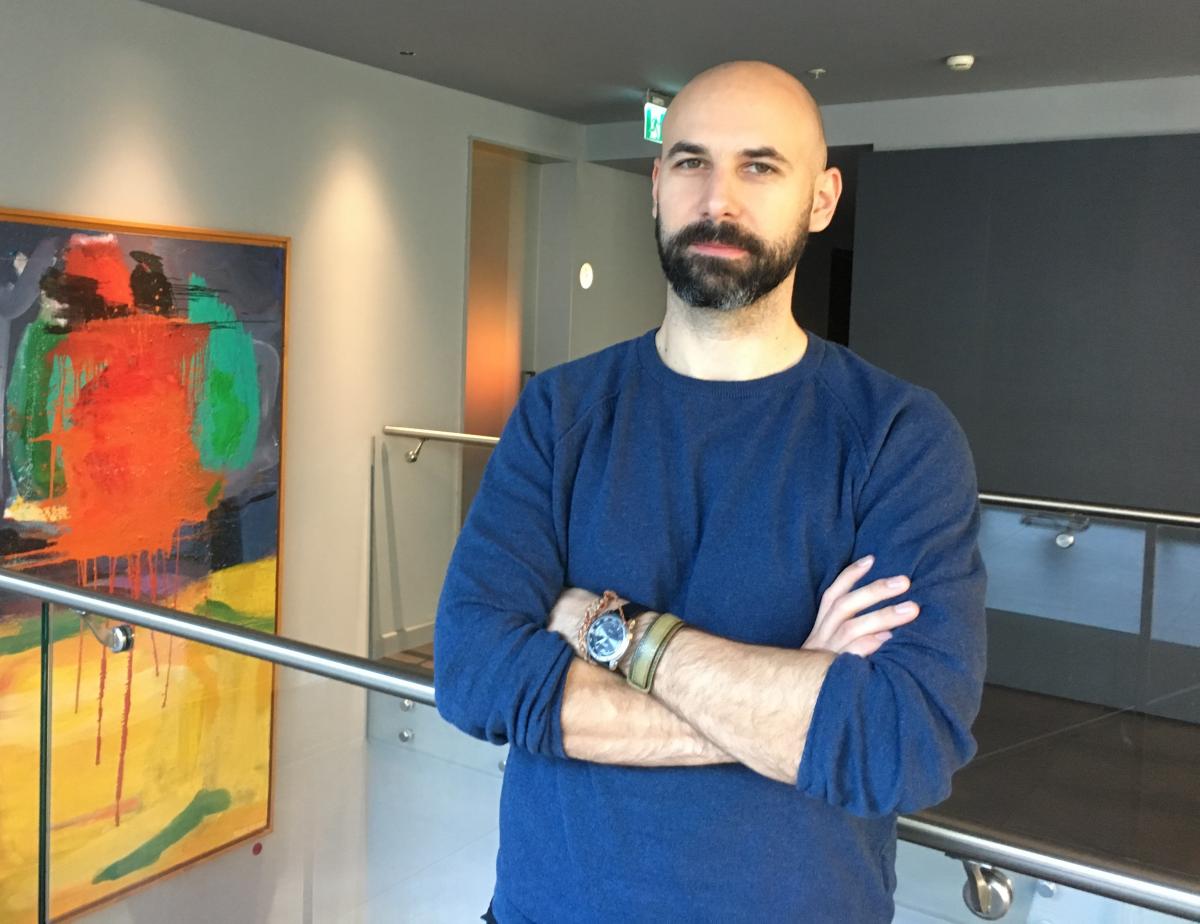 Tomašević believes that psychotherapy can help reduce stress and that psychotherapists trained to work with trauma can work with journalists, because they are quite similar and common in all professions, and their “manifestations are very similar.” For journalists, Tomašević claims, two things are key: group cohesion of understanding and mutual support of colleagues who will share different experiences with the team.

Mirjana Jovanovska Stojanovska, psychologist, psychotherapist and president of the North Macedonian Chamber of Psychologists, also believes that psychological support is important for journalists, claiming that mental health is related to physical health and that their maintenance can ensure a healthy life in general.

“Journalists come from a  special world that we need to enter and create specific training groups to teach them to handle stress because their workplace is also specific – how can they tackle the traumas they experience since they are often witnesses of it or lived through their own trauma,“ concludes Jovanovska Stojanovska.

According to the Executive Director of the European Dart Centre for Journalism and Trauma, Gavin Rees, some of the primary causes of stress and trauma in journalism are the attacks and threats that journalists face. The “most vulnerable” are journalists working in war reporting, investigative journalism, human rights, and those who witness someone else’s trauma. However, mobbing, low salaries and other issues can also cause trauma and stress for all journalists, which may later lead to a rise in self-censorship and censorship.

“There is ample evidence that journalists are at risk of work-related mental illness, especially if they cover stories on trauma on a daily basis, or in situations when their lives or the lives of their families are in danger,” Rees says.

Rees explains that these problems can lead to post-traumatic stress disorder (PTSD), depression, anxiety and substance abuse – particularly alcohol – which can pose a great danger to the mental health and work of journalists. 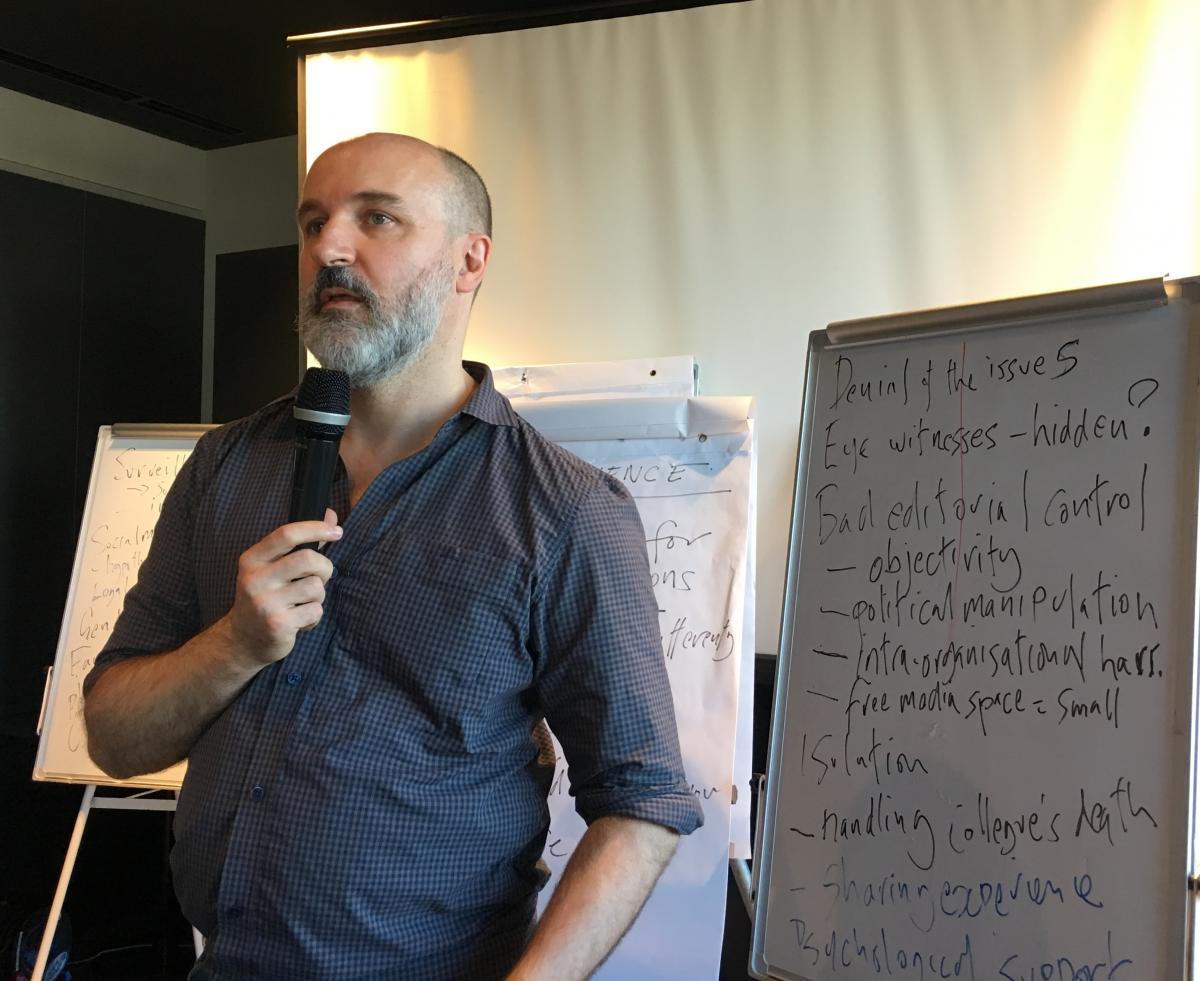 The Dart Centre for Journalism and Trauma is a project of Columbia University Graduate School of Journalism, and it is a global network of journalists, journalism educators and health professionals dedicated to improving media coverage of trauma, conflict and tragedy. Psychological research shows that the majority of interviewed journalists have been exposed to trauma in their work and that about 90% of them experienced at least four traumatic situations at work.

Before seeking professional help, it is important to know the reactions and ways of dealing with trauma, to have so-called psychoeducation, but also to have social support from colleagues, Rees says. He adds that providing such support is primarily the responsibility of media newsrooms, which should take care of their journalists, followed by journalists’ associations whose assistance would very beneficial to freelance journalists, and that seeking professional help is usually the final stage of dealing with trauma.

“Journalists have a lot to learn from psychotherapists who are dedicated to working with clients affected by trauma and who have a deep understanding of trauma and how to take care of yourself, but these are also skills that journalists can share with each other,” Rees says, emphasising that the problem in Western Balkans countries is that there is no systematic solution for handling stress and trauma.

The Case of Montenegro

The Association of Professional Journalists of Montenegro has, according to its General Secretary Mila Radulović, initiated the first project in the Western Balkans aimed at providing psychological support to journalists. The reason behind it is the psychological state of journalists who were victimised by serious physical assaults that remained uninvestigated. 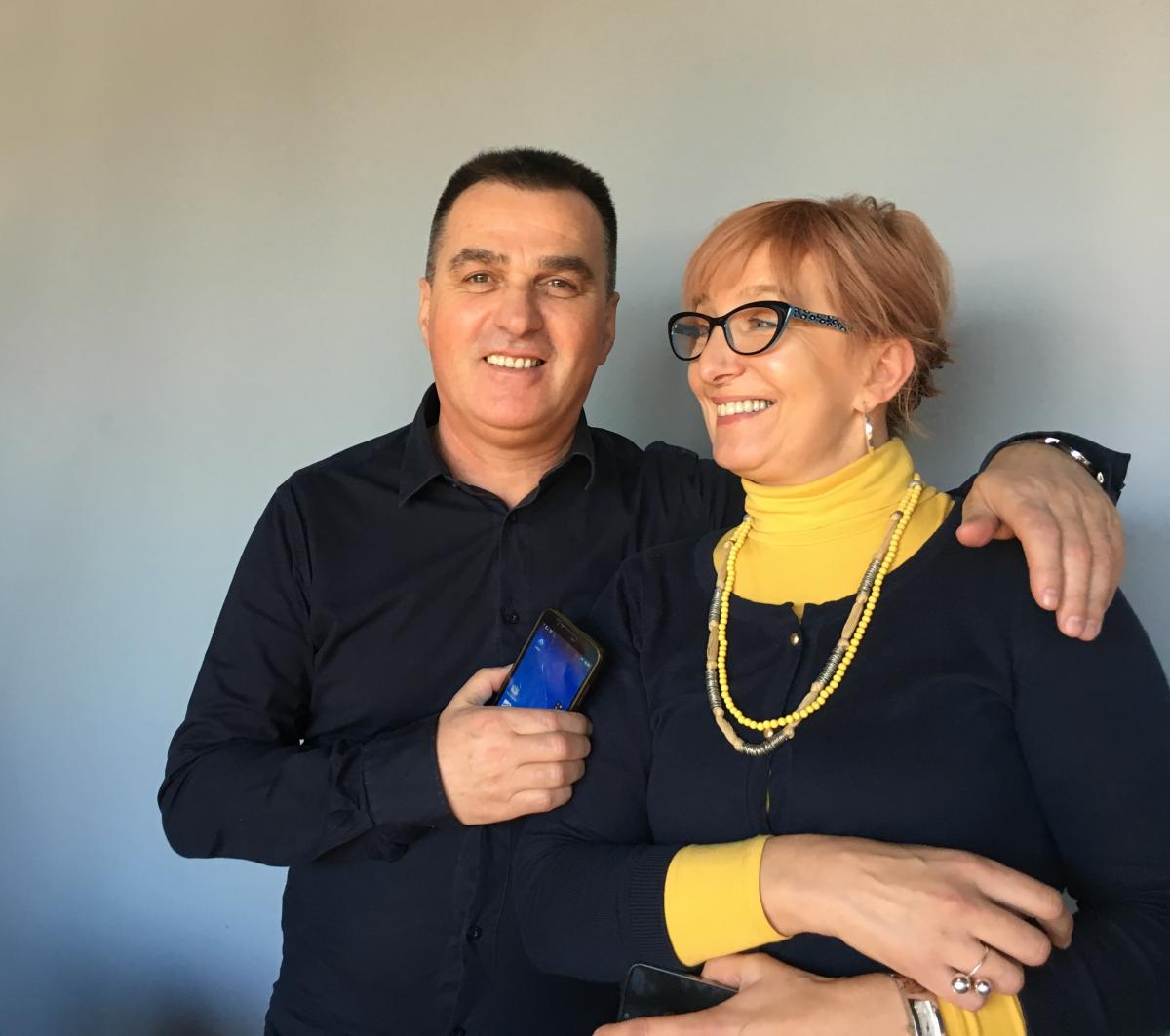 Radulović says that they will organise trainings for journalists and psychotherapists in the following months. No private sessions have been planned during the training because they are very expensive and they do not have the means to fund them, but the intention is to have group conversations of journalists and psychologists that should result in reduced stress and trauma. The training sessions are preventive and are meant for all journalists. They can be especially useful to journalists that might be targeted by attacks in the future.

The biggest problem in the realisation of this project is the lack of psychologists and psychotherapists to work with journalists.

“This could be a state-wide problem, the lack of qualified medical staff. We have spoken with several psychologists and psychiatrists, we even turned to official institutions. For now, we have only indications that a few people might want to work with us because even they do not fully understand how to treat us, what is expected of them, how to approach journalists. There is simply no practical knowledge,” Radulović says.

The importance of conversation

Some of Dart Centre’s recommendations emphasise that it is important to have conversations between journalists, but also with psychologists. It is especially important for young journalists and journalism students, who need to be prepared for exposure to stress and trauma in this profession. This process requires greater involvement of journalists’ associations, which should organise trainings for journalists and psychotherapists.

In previous years, Mediacentar wrote about the Dart Centre’s recommendations for periods before, during, and after facing trauma.