Virtual communities: The great unknown or a goldmine? 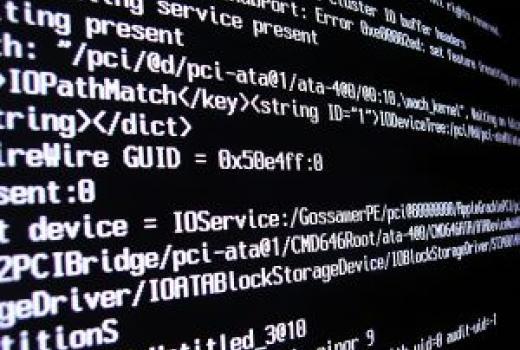 Virtual communities: The great unknown or a goldmine?

As people increasingly socialise on the internet, no journalist can discount virtual communities as a source.

It is 8 PM. You are working on the night editing team at a major Australian broadsheet. You are preparing a front page for first edition, which will resemble thousands of others worldwide - a report about the Virginia Tech massacre in Blacksburg, Virginia.

The night reporter tells you an incomplete list of victims' names has just been published on the college’s newspaper website. You vaguely remember that a colleague's daughter, who recently graduated from college in the US, has told you about the internet phenomenon known as 'Facebook' - the virtual diary of thousands of American college students.

You are surrounded by colleagues who have taught and continue to teach you your craft - but who have learnt it on typewriters, and continue to type loudly, with two fingers, to this day. Their excitement about the reporter's aside that the massacre victims probably have their own Facebook pages is tinged with fear. How can we reach that information?

All eyes are firmly fixed on you, the 27-year-old 'saviour' of internet-half-literate colleagues.

Victims’ – and the killer’s – photos, courtesy of the internet

It is 8.20 PM. You admit that you have never been on Facebook either, but can confidently navigate your way around the internet. You type in facebook.com and the words 'Virginia Tech' into the search field. Facebook offers more than 100 pages.
Under the heading 'our friends', one of them features the names and photographs of about 24 victims (of 33) listed on the college newspaper website.

It also contains descriptions which will help write a story about those people, so that they can be remembered as Ryan who liked to play soccer and Professor Librescu who survived the Holocaust and died shielding his students – not just victims number 15 and 16.

Photographs of two professors and three students were already broadcasted on CNN and other American news networks. The same photos appeared on a few Facebook pages next to pictures of other victims, whose names matched the official list of victims published on the college’s newspaper website.

Some 15 minutes later, as you are saving the Facebook photographs of the dead for a future front page, the Blacksburg police chief, in a press conference televised live on CNN, names the killer as Cho Seung-hui but does not show his photo.

You type the killer's name into Facebook. At least five pages emerge, established in the minutes after his name was first broadcast. A live discussion among Virginia Tech students and others ensues and many are asking 'does somebody know Cho Seung-hui?' And then, “does anyone have his photo?”

A student posts a message, saying he does, but does not want to post it on the internet as the police, who are monitoring Facebook, have already shut down Cho's website. The student offers to email the photo to others. You email him requesting the photo.

Fifteen minutes later – shortly before it is broadcast on CNN and ABC - you get the photo. Second edition is ready in the last minute but is published according to plan - with a large photo of the killer and a gallery of his victims' photos. Other Australian newspapers publish a similar front page - but only the next day.

Virtual communities as sources of information

Journalists often use the internet for quick checks but very rarely visit the labyrinthine virtual diaries of ordinary people across the world, better known as Facebook and the more popular MySpace.

Facebook began as a virtual community for American college students but is now available to anyone with an email address. It has more than 18 million users, while MySpace has more than 100 million.

According to Lisa, a teenager and member of the ‘’online generation’’, ‘’My Space is a place for socialising. Many users become addicted.’’

MySpace and Facebook users post personal information and occasional diary entries on their websites. Many post photographs as well as music and short video clips. Users can access others’ pages and write something there ‘’live’’.

‘’MySpace is a strange mix of someone’s private world and the public,’’ says Lisa, 19. ‘’It is like a diary, but one which can potentially be read by half the world’’.

Ordinary people become virtual publishers on these pages – their personal information can be accessed by hundreds of thousands of people from Perth to Peru – many more than the number of our readers/viewers – before some of that information is perhaps republished in the media.

The Blacksburg massacre was the first mass killing of the ‘’online generation’’.Only a few hours after this tragedy, the internet version of Virginia Tech’s college newspaper was full of photographs and stories about the incident.

The fact that about 39,000 current and former Virginia Tech students were Facebook members helped greatly in this case. But the lesson for journalists reporting this event was the following – virtual communities such as MySpace, Facebook and hundreds of others unknown to this editor – are very useful tools in gathering information about any event affecting any group of young people.

Online research for all generations of reporters

It goes without saying that the internet cannot always be trusted, but a healthy dose of journalistic skepticism should help in sorting the wheat from the chaff.

A few hours after the Blacksburg massacre, a young American of Asian heritage, Wayne Chiang, who owned an arsenal of weapons, was wrongly identified on Facebook as the Virginia Tech killer. More than 180,000 people visited his website and countless threatening messages were left on his answering machine. Chiang published a denial on the internet and then called the police.

Meanwhile, some of the world’s media speculated that Chiang was indeed the campus killer. Soon after his webpost, they broadcast corrections, while the wrong identification itself became a story.

Google and other search engines are often used by reporters. But when searching for personal details from the lives of ordinary people – especially foreigners – virtual communities cannot be overlooked in a ‘’wired’’ society.

Mass socialising on the internet is a relatively new phenomenon, but as our society changes, we, as reporters of those changes, must learn to use virtual communities as a source.

The foundations of journalism – ethics and using several sources to verify information – will last forever, but all reporters, regardless of their generation, should learn new research methods to survive in a competitive media environment.