Our Job Is Journalism, Not Making the Institutions Work 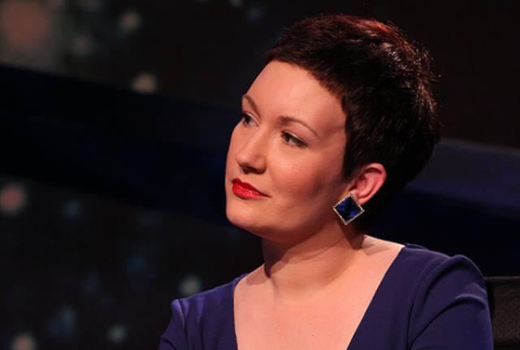 Our Job Is Journalism, Not Making the Institutions Work

My colleague, journalist Una Hajdari, has been the target of Twitter trolls these days for trying to lightly comment on the attacks on Goran Bregović for to his performance at the Beer Festival in Korçë, Albania. In a nutshell, after Bregović’s performance was announced, somebody had the idea to release a spin on how his music “inspired massacres against Albanians in Kosovo.” There was also a protest. Three people turned up. There were far more than three comments on Una’s posts.

I recently received a questionnaire from a non-governmental organisation, which it needed to prepare a journalist safety manual. I’ve heard of many similar manuals, and I’ve been struggling to understand why we need manuals; we’re not inept, we can estimate our own safety, we know how to report threats, we know who to turn to. And we know that, in most cases, nothing comes out of it. However, the questionnaire contained a question that made me decide to not even dignify the sender with a reply: “What can journalists, the media and associations do to make the institutions do their jobs more efficiently?” The only answer I truly believe in is – nothing. Absolutely nothing. It is not our job to make other people do their jobs. We have our own duties, which are stressful enough, cumbersome and underpaid.

Speaking of doing and not doing, what did I do when I saw that Una Hajdari was being slandered, threatened and insulted again? I liked her Tweet. I did nothing, as it were. Because nothing I could do will help her. She has the like. She knows I’m there, watching. Everything else has been spent and there’s no point anymore. I can’t ask her: “How are you?” because how could she be? I wouldn’t dream of typing a “template” message along the lines of “hold on, I’m here for you.” I used to send and receive similar messages. They don’t help. In any case, we know we’re there for each other even without saying it explicitly.

Sometimes I feel that the safety of journalists is a subject so worn-out, that there’s nothing left to say about it. However, it’s not. What I’ve been most annoyed by as a journalist over the past few years is the fact that most of us normalise the insults and threats we receive. We’ve been taught to believe it’s all “part of the job” or “the cost of public work.” I almost gave in to this mechanism.

But it is important that we separate threats from insults. A threat makes you fear for your safety. Buy pepper spray, watch where you go, file a report, move to another location. A threat is concrete, illegal and there are sanctions for those who threaten.

Insults are different. With time, they become glued to your brain and sometimes you start to believe the nasty things people write about you. “When I open Twitter, I feel like the worst woman in the world,” a very famous colleague recently said to me, practically a legend in the profession. The only journalist I have ever hear publicly speak about the psychological consequences this has on people is Stevan Dojčinović, the editor of KRIK. He was immediately shut down by (not many) older colleagues saying that “it comes with the job”: Well, it doesn’t.

A research journalist reporting on politicians’ connections with organised crime is certainly prepared for attacks from those circles. But there is no meaningful reason why a research journalist should expect organised attacks by tabloid media or being proclaimed a traitor, mercenary or “unpatriotic” by online trolls. Not to mention the utterly unreasonable objection from “colleagues” to a research journalist meeting with the lawyer of the leader of a criminal clan.

Therein lies the most hurtful element of finding ourselves the target of threats and hate speech – the lack of understanding from our colleagues and “colleagues”. We are well aware that most of the people who write obscenities about us on social networks are basically harmless; they will not bash our skulls is, they will not kill us, but their poisonous brainchildren will leave us wondering if we are the worst people in the world when so many users of social networks think we are. And that is not healthy.

Many things are unhealthy when it comes to our behaviour. It is unhealthy that, when I share a taxi with a colleague from another media, neither of us wants to reveal where we live to the other. It is unhealthier still that we don’t hold that against each other. On the contrary, it is understood. It is unhealthy that, if we rent an apartment, we choose the buildings that don’t have the cable TV operators which have the channels we appear on most frequently. I don’t want the neighbourhood to know who I am. I’ve experienced being recognised in that way and it is not always a pleasant experience. It is unhealthy to write about the radical right and have your editor tell you to stay away from Belgrade for a few days, and then a miracle happens, and on the same day when the text comes out, a politician publishes the same information and all hatred falls on her. It is most unhealthy to feel relieved because someone else is suffering the ramifications for the same thing. You may be a good journalist, but you are not a good person.

And then someone comes along and asks where we see the solution. To be fair, the question is absolutely legitimate. But it comes with an invisible and, I deeply believe, unintended context: it shifts the burden of finding a solution to those who are most affected by the problem and the least responsible for resolving it. After all, if we knew what the solution was, we would have applied it a long time ago and stopped suffering from it.

Attacks on Journalists: How to Become a “Traitor of Your People”
Colleagues as Targets
Attacks and hate speech on social networks