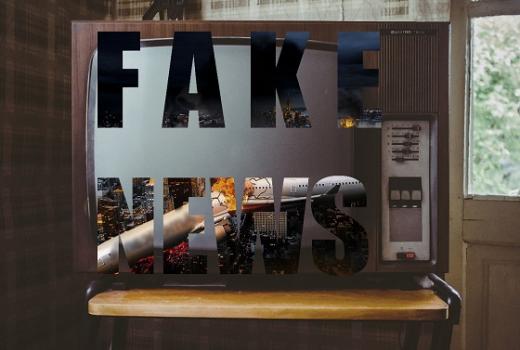 Norway’s “Word of the Year” of 2017 is “fake news”. The phenomenon which gained its popularity thanks to the mantra the US President repeats and tweets about every day, also claiming he invented it, after last year’s post-truth became the main phrase in one country. According to the Norwegian version of The Local website, the use of the phrase “fake news” exploded during the last year and at the same time it was the most used new word by candidates in the country’s general elections.

A year after the former US presidential candidate, now President Donald Trump, started using the phrase “fake news“ to discredit all the media whose reporting he disliked, the term entered not only everyday speech but also dictionaries around the world. Besides Norway, the term made it to the words of the year list of Collins Dictionary, the representatives of which stated that the use of “fake news” has increased by 365 percent since 2016.

We should have a contest as to which of the Networks, plus CNN and not including Fox, is the most dishonest, corrupt and/or distorted in its political coverage of your favorite President (me). They are all bad. Winner to receive the FAKE NEWS TROPHY!

But fake, invented, problematic information has been existing as long as the factual, true and relevant information. Would we have spent the entire 2017 talking about “fake news” if that term had not been in every other tweet or statement of the US President? Probably not. Problematic content, or as Claire Wardle, executive director of First Draft News, calls it “information disorder”, has been problematic for a long time, mostly affecting digital media.

It was Wardle who, in a report made by her organisation with the Council of Europe in October this year, suggested that we should stop using the term “fake news” because by using it we are giving more power to those who are employing it to discredit media content which does not suit them. Besides, as the report claims, the term “fake news” does not adequately describe the complexity of the problem. A recent article on Poynter also debates whether it was time to dismiss the use of the term.

“Fake news” or problematic media content will not disappear if we start calling it differently, just as it did not appear only this year. Besides the fact that the term that largely describes the state of the media became globally popular and has been used in many contexts, 2017 was also a year marked by many initiatives aimed at fighting information disorder.

One of the 35 recommendations of the First Draft News’s report on fighting information disorder is that companies as well as journalists should work on developing tools and services for fact-checking. Having in mind this year’s report by Duke Reporters’ Lab, which publishes information on the progress of verification, the number of fact-checking organizations rose from 114 to 137. The trend came to Bosnia and Herzegovina too, with the website Raskrinkavanje that will check information published in the media. Behind this website is the organization Zašto ne, which for years has been checking and measuring statements and activities of politicians through Istinomjer.

Besides individual efforts of media organizations and journalists who are working on verification and information checking, during this year social networks tried to find specific solutions for the mass of problematic content we are facing every day in digital media.

Under constant pressure due to enabling the creation and spreading of content that publishes misinformation, propaganda and invented news, and after a wave of false news websites that spread during the US elections, Facebook made a partnership with FactCheck.org, PolitiFact, ABC News, the Associated Press and Snopes.com on an initiative that allows users to report “fake” content. Currently they are testing “indicators of trust”, through which users will have a more transparent insight into the origin of the story they are reading, as well as its author and sources.

In November the European Commission also made a new strategy for the fight against misinformation and “fake news” online. At a conference during which they presented the plans, public consultations were announced as well as the formation of a group of experts who will help the EU to fight this problem and make a strategy on how to prevent the spread of fake news. The strategy will be published in the spring of 2018. A group of experts will involve journalists, academics, non-governmental sector, with the aim to better and more professionally consult the Commission in finding a solution.

Cooperation between newsrooms and journalists

The good thing that came out from the fight for the truth in the media during the US elections is the cooperation of more than 700 journalists. Electionland, led by ProPublica, was used during the elections to follow potential irregularities at polling stations in real-time. Information that the members of the Electionland coalition received were fact-checked and shared among local newsrooms in the States.

Thanks to the success of that cooperation, platform CrossCheck was founded in France during the elections. With the aim to enable access to factual and checked information to the public, CrossCheck involved 37 newsrooms and tech partners from France and the UK.

The research that the CrossCheck and FirstDraft News conducted after the project showed that this kind of cooperation was useful not only to the wider public that consumes the information they fact-checked, but also to the journalists involved in the project.

“Journalists who participated in the project got new skills of verification, which they will further use in their newsrooms”, the report said.

The report also showed that cooperation between newsrooms and transparency demanded from them resulted in the production of quality journalism.

A year in which we could hear about “fake news” everywhere was also the year in which many mechanisms of fighting problematic information were established. We can call the phenomenon what we want – fake news or misinformation. What it represents is not only a problem but also a challenge that journalists, newsrooms, social networks and online platforms around the world are facing. Unless we want to see another situation where youngsters from the Macedonian town of Veles will make 100 new websites with unverified, “fake“ content, it is upon us to adopt new mechanisms and perhaps start new cooperation in order to offer the public information as accurate as possible.

Looking back, maybe it was not such a bad idea that Trump mentioned “fake news” in his every second tweet, or that this term has been entering dictionaries: the question is whether the other side, the one that stands for transparent and verified information, would even start the debate and numerous initiatives if it were not for that attention. It is clear that the problem with truthfulness of the content we are reading in the media did not appear only this year. It was only put under the spotlight.