A Sad Story about the Begej 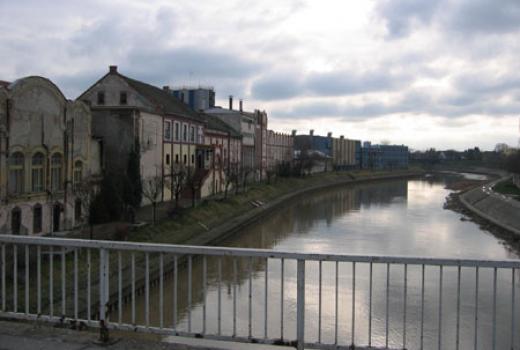 A Sad Story about the Begej

Older citizens of Banaćani remember the times when the river Begej was clean and its water used for making fish soups. Today, the Begej is marked as a most polluted watercourse in Serbia.

The Begej river’s spring is in the Carpathian area in Romania and it flows through Banat as a left tributary of  the Tisa. Three smaller watercourses merge to create this river – the Beregso, the Njarad and the Jer. It flows into the Tisa river in the inhabited place called Perlez. The river is 254 km long and 76 km of its flow belongs to Serbia. From Temišvar to Zrenjanin, and further on to the confluence, it has been turned into a navigation canal called the Begej Canal. The old Begej canal, a channelled river bed, is 97 km long, and the new canal 83 km (to Temišvar). The main dock at the Begej is in the City of Zrenjanin. The overall length of the part of the river that flows through Zrenjanin is around 113 km.

The very Bečkerek settlement (old name of Zrenjanin) developed around a curve of the Begej. The river’s course through the city has constantly been changed – partially by nature and mostly by people who lived in these areas. Their life depended greatly on this river, its blessings and whimsical nature, especially the floods that were a regular occurrence. The citizens of this area have used this river’s water supplies which were distributed through the city by water carriers.

Thanks to the regulations conducted on the river in the period between 1970 and 1985, the river was shortened and the curve around the Little America Settlement was turned into three lakes intended for recreation, sports and fishing. Though severely polluted by the industry, the Begej river is truly a city river today. And the most famous title for Zrenjanin is – a city on the Begej.

Older citizens of Banaćani remember the times when the Begej was clean and its water used for making fish soups. Today, the Begej is marked as a most polluted watercourse in Serbia. Romania is partially to blame for this, since polluted waters enter Serbia from there. But there are many polluters on our side who carry the biggest blame for this disastrous state of many years. Factories of Zrenjanin release their waste water into the Begej and the city sewage also ends up in this river.

Since the Begej has become a collector of communal and industrial waste, its water ceased to belong to any category. This was proved five years ago during the development of the Begej Canal revitalisation and rehabilitation feasibility study. Studies of many years have indicated the existence of worsening trend for all watercourses, and especially for the Begej whose biggest problem is sludge contamination, hardly degradable pesticides and metals.

This study was conducted for the project which aimed at estimating the current state of the river and necessary works that need to be carried out so that the part of the canal from the state border to Klek would be completely recuperated and prepared for a sustainable use which would comply with the EU directives. Plans have been made for removing the sludge from the Begej, both on the Romanian and our side. When it comes to our side, the additional problem is caused by the fact that the polluting processes have not been suspended.

For over one decade, various projects for dealing with pollution of the Begej have been mentioned.

There are not that many ecology associations, that is NGOs, in Zrenjan, due to lack of local self-government’s understanding of the ideas for solving the problems with the Begej river. Some associations in the city have ceased functioning due to this reason only.

Tanja Dulović – the Head of the Srednjobatanski District says that lack of assets presents the biggest problem.

People who live in Zrenjanin are witnesses of how slowly everything moves. Everything might have already been done.

The following survey will give us an insight into different citizens’ perceptions of the river and whether change for better has been noticed:

That things will be much better one day, just like citizens of Zrenjanin hope, can be seen from a recently published story which indicates a soon solution for the problem of the Begej river.

Namely, local self-governments at the territory of the Srednjobatanski District through which the Begej river flows, held an informal meeting with the representatives of the Provincial Secretariat for Agriculture. They agreed upon a mutual action that should speed up the process of solving this issue. ˝The Provincial Secretariat for Agriculture suggested that they include the Republic Ministry of Environmental Protection, Republic Ministry of Agriculture, the Žitište Municipality and the City of Zrenjanin˝, says Tanja Dulović, the Head of the Srednjobatanski District.

Thanks to the closing down of the industrial zones within Zrenjanin, there has truly been an improvement in the clarity of the river. However, this should by no means become a motto for solving the Begej river problems. Ecology and economy go together and they are closely connected. If the ˝mentioned˝ story comes to life, every factory will be obliged to have a waste treatment system. Currently, the communal inspection delivers complaints and appeals to the active industries but it seems that ecological consciousness of workers and managers is still very low. But if we strive towards a better life, one day, all this should change.

Ivo Andrić once said: ˝People are like rivers˝. Dulović expresses her opinion on whether or not this is true.