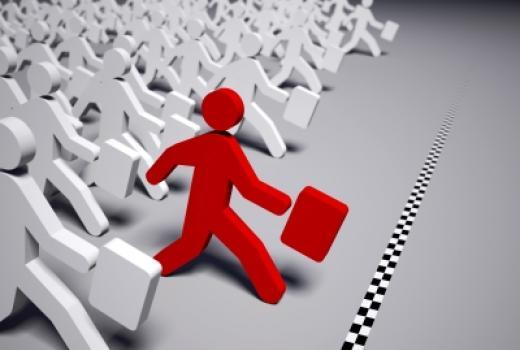 Cyprus and several other states allow companies' founders to do their business through representatives without too many questions asked, and thus hide their identity from the public and investigative reporters. How can we overcome this hurdle in the quest for the origin of dirty money?

A slow, warm, rain pours down on the street where an great percentage of Eastern Europe’s financial capital is kept. Tall buildings, bearing female names, on both sides of the boulevard, guard the secrets of money laundering operations, and wealth that former communist party members or former intelligence officers who looted Eastern European economies after the fall of the communism gained overnight. We are on Themistokle Dervi Street, in Nicosia, the capital of Cyprus.

According to various financial reports, the tiny Mediterranean island is a major investor in the majority of Eastern European countries. In 2005, for example, Cyprus was second in terms of the volume of foreign investment in Russia. Companies based in the United States were first on the list.

Investigative journalists in the Balkans often come across Cyprus-based companies in their research on cross-border organized crime or when investigating shady privatization deals or dubious contracts awarded by the governments.  In most cases this is a dead end, a point where speculation replaces hard evidence and paper trails, because obtaining data on ownership and money of companies established in Cyprus is very difficult.

However, gathering data on Cyprus-based companies was made easier the moment Cyprus joined the European Union in 2004. EU bodies are fighting for stricter regulations on taxation and company ownership, a practice which has affected Cyprus as well.
At the beginning of this year, I talked to a Russian investor in Larnaca, Cyprus, who told me that he was thinking of moving his companies out of Cyprus because of possible new company regulations that would be imposed on the island. He was one of many Eastern Europeans to settle in Cyprus because of the lax company regulations. Cities like Nicosia or Limassol were literally taken over by East Europeans, the majority of them of Russian origin.  They have established myriads of companies and business schemes here.

Current data about Cyprus-based companies can be obtained from the “Department of Registrar of Companies and Official Receiver” . The office offers, free of charge, data on directors, shareholders, certificates of incorporation or capital. Although this information might prove useful, usually the shareholders and directors in the documents are just designated directors and shareholders and they hide the real ownership of the company. They are Cyprus-based lawyers who offer their business services and lend their names in exchange for a fee.

However, through cross searches, the identity of the real shareholders can sometimes be found. I managed to track down the assets of many controversial Romanian businessmen who concealed their involvement in companies by using Cyprus lawyers. Their mistake was that they used the same persons over and over again and thus created an easily traceable pattern. Numerous cross-searches in local, international company record databases and on stock exchange websites can hold the key to finding out who the real owners of an off-shore company are. For example, the name of a Cyprus-based lawyer kept showing up on records of companies involved in shady businesses in the Romanian energy sector. But the name of the same lawyer was used by a business group to sell the shares of a collapsing bank. Cross-searches revealed the connections between the energy business and the persons involved with the bank.

Cyprus is not alone

Of course, Cyprus is not the only off-shore haven used in our region to cover up dirty businesses. A few years ago, one of the main foreign investors in Ukraine was the British Virgin Islands, another off-shore area of choice for business tycoons and criminals. This time, British solicitors would offer their full services and would represent anyone who would pay for it. I have come upon cases when the same solicitor established over 1000 companies in BVI, the majority of the companies being owned by an organized crime group.

But hiding ownership does not only happen on islands The same methods are used in Switzerland, Luxembourg or Liechtenstein, as well as in the state of Delaware in the United States. These countries and states attract capital because they don’t ask too many questions. Companies are not required to fill in detailed reports about the ownership and designated shareholding is also allowed.
Although it is hard to uncover such companies and to find out the real beneficiaries, as said before, cross-searches hold the key to finding out what is really going on. Also, data about off-shores might be obtained when these companies are used as vehicles on global stock exchanges. The majority of these exchanges ask for full disclosure when such companies enter into transactions with listed companies.